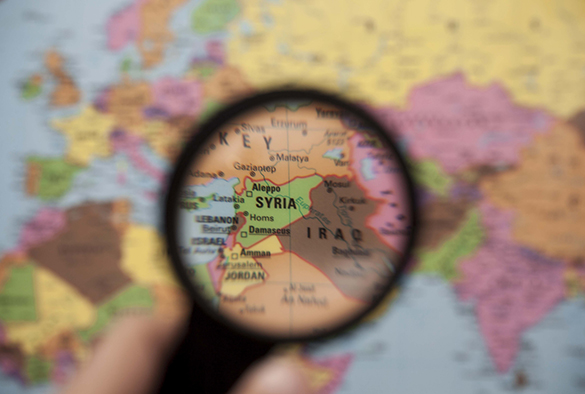 “The Islamic State in Iraq and Levant (ISIL) has caused considerable loss of life, bodily injury and destruction of property and infrastructure in Iraq since its emergence in 2013.

Indeed, the UN Office of the High Commissioner for Human Rights (OHCHR)and the UN Assistance Mission for Iraq estimates that, between January and August 2014, 8,493 civilians were killed and more than 15,782 civilians were injured by ISIS and its associated groups. In recent months, ISIL has used terrorism as a tactic to gain control over large swathes of territory and to engage in complex military operations.

Boasting a membership of over 30,000 fighters; allegations of indiscriminate attacks against civilians including religious and ethnic minority groups, widespread and systematic sexual enslavement and rape, recruitment of child soldiers and extrajudicial killings, abductions and torture have repeatedly made international headlines.

On 15 August 2014, the UN Security Council adopted Resolution 2170 requesting member states to take “all measures as may be necessary and appropriate and in accordance with their obligations under international law to counter incitement of terrorist acts … perpetrated by individuals or entities associated with ISIL” and bring them to justice. In addition, the UN Human Rights Council adopted Resolution S/22-1 requesting the UN High Commissioner for Human Rights to coordinate an inquiry mission to Iraq to investigate alleged violations of international human rights law perpetrated by ISIL “with a view to avoiding impunity and ensuring full accountability.”

Subsequently, on 13 March 2015, the Office of the UN High Commissioner for Human Rights published a damning report detailing alleged abuses committed by members of ISIL; including crimes against humanity, war crimes against the civilian population and genocide by perpetrating killings, serious bodily harm and the forcible transfer of members of the Yezidi community aimed at the destruction of the group. However, despite such compelling evidence the international community has been slow to address the accountability of the members of the group responsible for such acts.

So the question arises about what role, if any, International Criminal Law can play in bringing members of ISIL to justice especially since they egregiously subvert the law.

What can the International Criminal Court (ICC) do?

According to Article 13 of the Rome Statute the ICC may exercise jurisdiction where:

(1) A State Party refers the situation to the Court pursuant to Article 14;

(2) The UN Security Council refers the situation to the Court under Chapter VII of the UN Charter; or (3) The Prosecutor opens an investigation proprio motu under Article 15 on the basis of information on crimes within the jurisdiction of the Court.

Given that Iraq and Syria are not parties to the Rome Statute and are unlikely in the near future to either accede to it or make an Article 12(3) decree; the ICC can only exercise jurisdiction over members of ISIL either where the Security Council refers the situation to it or where the Prosecutor, Fatou Bensouda, opens a preliminary examination proprio motu under Article 15.

Since the information available to the Office suggested that the leadership of ISIL is composed of nationals from Iraq and Syria the Prosecutor concluded that prospects for exercising personal jurisdiction in order to open a preliminary examination was limited. Although the prosecutor’s policy is to only indict those high-ranking leaders most culpable the prosecutor could still opt to pursue mid-ranking leaders of ISIL if they are nationals of a party to the Rome Statute.

”The United States would be concerned that a potential investigation by the ICC would also scrutinise its own military operation. Therefore, it would perhaps seek reassurances from the Office of the Prosecutor that its operations would not be the subject of an investigation”

However, this approach would likely be criticised by the international community since the highest members of the group would be beyond reproach. This is also stymied by the fact that states such as the UK have already enacted legislative measures to address nationals who have travelled abroad to join ISIL and has also initiated prosecutions against nationals who are alleged to have committed crimes.

So, it would seem that a Security Council referral of the situation to the ICC would be the only reasonable option for prosecuting members of ISIL and would also sidestep the sticking-point that Iraq is not a party to the Rome Statute. However, this avenue for investigating and prosecuting the highest ranking members of ISIL is also problematic in view of the composition of the Security Council.

The United States holds a permanent seat on the Security Council and has recently launched military operations in Iraq and Syria in an attempt to curb the threat posed by ISIL. In considering whether to acquiesce to a potential referral, the United States would be concerned that a potential investigation by the ICC would also scrutinise its own military operation. Therefore, it would perhaps seek reassurances from the Office of the Prosecutor that its operations would not be the subject of an investigation.

So the United States and indeed other members of the Council could advocate for the inclusion of an exclusion of jurisdiction clause for their own nationals as was the case with previous referral resolutions on Darfur and Libya. Nevertheless, a resolution would in all likelihood fail for geo-political reasons, as happened last year when a resolution to refer the situation in Syria to the ICC failed by a vote of thirteen in favour and two against.

Considering how the Rome Statute is supposed to place “state and non-state actors side-by-side in the international arena” one of the fundamental challenges confronting the ICC with regard to ISIL is its jurisdiction to enforce which “is paltry, at best… “. This is because it completely relies on the international community and State Party cooperation to accomplish even the most rudimentary of judicial functions such as the execution of warrants.

Although the Rome Statute seeks to reach a compromise between two competing interests: sovereignty and the international rule of law these challenges could eventually mature into mammoth barriers to prosecutions of members of ISIL before the ICC. In conclusion, it is hoped that the main contribution of this insight has been to map the application of the Rome Statute to members of ISIL in order to gain an understanding of the challenges in prosecuting them before the ICC.” 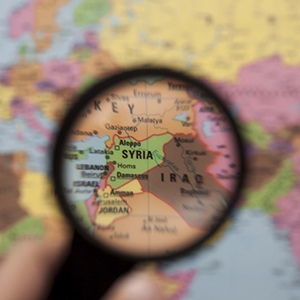