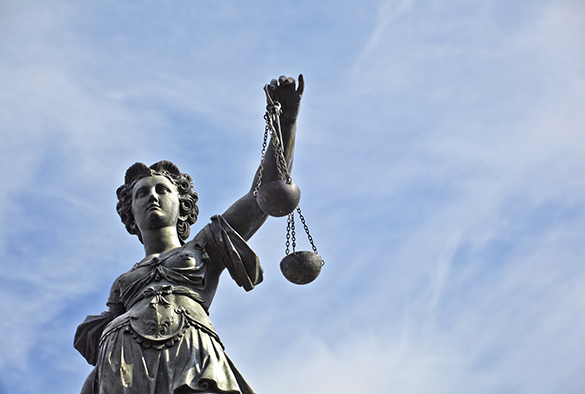 “Lawyers from criminal courts across England and Wales have agreed that going on strike is the drastic action necessary in response to the Government’s proposals to make devastating cuts to legal aid. As a result of strike action, it is anticipated that a number of courts will grind to a halt in the forthcoming weeks, creating even longer delays within the criminal justice system.

Despite the Government arguing that the UK has one of the world’s most expensive legal systems, and that it is ripe for reform, proposals for even more reductions to public funding for legal aid could make criminal work unviable and would leave the most vulnerable in society ‘out-priced’ when it comes to access to justice.

A widespread concern is that the unofficial industrial action could see the criminal justice system cease to function, presumably with cases having to be relisted. This would undoubtedly have serious implications for defendants and victims involved in a wide range of crimes, some of which involve sexual offences.

Despite reports stating that striking lawyers will put safeguards in place to ensure their action does not disrupt the most sensitive cases, including sex offence trials, questions are raised about how likely these safeguards will be at providing a continual level of support and protection for the vulnerable individuals involved.

Victims of sexual offences could be left in very difficult short and long term situations, which I argue will not only increase their vulnerability whilst awaiting their chance to give evidence, but could also damage the level of confidence they have in the criminal justice system in the longer term; a confidence which is already not wholly convincing.

”Ultimately, this could result in a move away from effective, high quality, specialist prosecution values to a cost based system composed of less experienced lawyers with higher caseloads, in order to compensate and push through the ideology of the reforms that the Government has proposed”

It is problematic that proposals for decreasing legal aid seem to contradict the desire to illustrate that the Crown Prosecution Service (CPS) will respond effectively to all disclosures of sexual abuse, especially in light of the recent overturning of Alison Saunder’s (Director of Public Prosecutions) decision not to pursue prosecution of Lord Janner. Although agencies involved in the criminal justice system have said they will take steps to minimise any upset court disruption could cause for the victims and witnesses involved in trials, it is arguable that both strike action, and also cuts to legal aid, could leave witnesses at further risk of harm. It is unknown at this point if a balance can be achieved between protecting against legal aid reforms and continuing to provide a voice for the most vulnerable within society.

Despite the underpinning rationale of the Sexual Offences Act 2003, as amended, to provide a greater level of protection against abhorrent sexual crimes, many victims have reported ‘double victimisation’ by the less than efficient criminal justice system.

Unlike defendants in such cases (who could expect to have the same lawyer throughout criminal proceedings), prosecution cases are reviewed by at least two specialist criminal lawyers under current CPS guidelines. Rape specialist prosecutors are expected to be trained and experienced in prosecuting sexual offence cases, providing mutual support and enabling them to share knowledge and experience. Unfortunately, this practical sharing of knowledge is reported to be a principle that only works in theory, and the outcome is often multiple lawyers spending only a limited amount of time looking at a large quantity of sexual offence cases.

Further to this, the proposals for reform could mean that large firms have to bid for multiple contracts, in the hope that reduced fees will be compensated for with a higher volume of work. Ultimately, this could result in a move away from effective, high quality, specialist prosecution values to a cost based system composed of less experienced lawyers with higher caseloads, in order to compensate and push through the ideology of the reforms that the Government has proposed.

It is surprising that such a limited number of arguments have been made to suggest proposals to cut legal aid should instead be focused on developing a more effective justice system that promotes legal practice that upholds access to quality justice for both defendants and victims, a principle which is correctly summed up Mark George QC.

He warned: “We have to take action together. We have to stop this bickering between the Bar and solicitors and stop giving the Government the opportunity to drive a wedge between the two of us.” “ 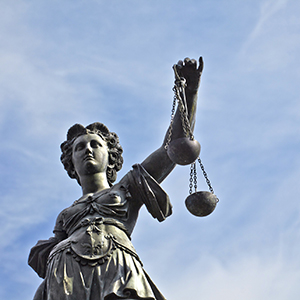