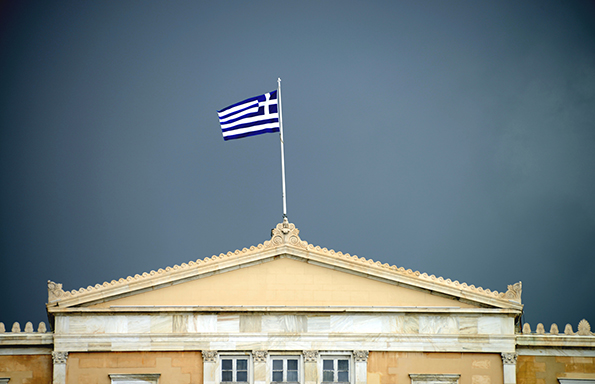 “It is the day of the big vote, the referendum intended to guide decisions on the future of Greece. This very moment in time is arguably the hiatus of the Greek crisis. A crisis is a moment of great uncertainty; policy routines no longer seem useful, the normally available control mechanisms have ceased to have the desired effect. Those tasked to exercise control are struggling to do so, even to retain it. While the referendum has served to delay addressing the underlying reality of the situation and has thus served to reduce that uncertainty, if only for a week, the harsh experience of either choice is around the corner.

Politics is complex and complexity-reduction is at the heart of politics. The complexity of the moment of crisis is so great that there will inevitably be a plethora of competing attempts to reduce it in a persuasive manner. Indeed, the moment of crisis both demands and enables that plethora of representations as people are grappling to understand the situation. The “yes” and “no” campaigns attempt precisely this. They seek to represent the challenges facing Greek society and marry these to solutions that they believe are rendered plausible by Euro membership or Grexit.

”Any hope for a heroic navigation between these two evils in negotiations with the Troika appears well and truly exhausted, as the Troika refuses to veer from its path in the game of chicken it has been playing with the Greek Syriza government over the last six months”

The vote is undeniably complex. The Syriza government has asked the Greek people for its opinion on the bailout deal presented by its European counterparties on Friday last week (26th of June), a credit-for-reform deal that the government deems excessively punitive. Amongst other demands, pensions were pinpointed as requiring reform. However, the Syriza government’s decision to launch the referendum appears to have been the last straw for the Troika, destroying any remaining trust between the negotiating parties. As such, there is no certainty that a yes vote would lead to Greece being able to retain its Euro membership and financial support. Or, the decision-makers of Greece’s counterparties – themselves in the unenviable position of potentially being forced into acknowledging the ultimate failure of the EMU or subjecting Greece, the civilizational core of Europe, to the misery that will inevitably follow Grexit – cling onto to the hope that the yes campaign will win the day.

In any case, the deadline set by the Troika has passed and the financial taps have been turned off. Capital controls have been introduced along with measures to ensure cash-strapped banks do not run completely dry, and thus avoid chaos. This has altered the initial choice into a choice between multi-generational austerity, and economic implosion and uncertain reconstruction following ejection from the EMU. Any hope for a heroic navigation between these two evils in negotiations with the Troika appears well and truly exhausted, as the Troika refuses to veer from its path in the game of chicken it has been playing with the Greek Syriza government over the last six months.

Yet, if the situation was not complex enough, more uncertainty derives from the nature of the subject to be voted on. The legitimacy of the referendum is contested, as the Greek constitution denies the right to launch referenda over fiscal matters. Of course, those defending the referendum claim this is more than a fiscal matter.

”Nevertheless, can a “European solution” to the Greek problem ever be sustainable? Having relinquished policy autonomy and been subjected to a European austerity regime, could future Greek governments sustain popular legitimacy?”
While it is possible to question the politics of launching the referendum in the first place, it is hard to deny that the choice that the Greeks have been presented with is extremely complex and wide-ranging. The act of reducing their situation to revolve around a strictly fiscal subject, and by now a referendum, is unconvincing. Expect not just the outcome of the vote to be contested in the coming days and weeks, but also the legitimacy of the referendum itself.

If that is not enough uncertainty, the Syriza government has strapped itself to the mast hoping for popular support for a no vote. They believe that a yes vote will result in Greece sinking into the abyss, and have announced that they will resign if that is the outcome of the referendum. Indeed, a yes vote will most likely lead to yet another election.

Ultimately, the vote is about who to trust in bringing about change in Greece, reforming its defunct institutions and making the economy viable. A “yes” represents a vote of no confidence in Greece’s capacity to bringing about that change without Eurozone carrots and sticks. With a history of corruption and nepotism, you can see the point.

Nevertheless, can a “European solution” to the Greek problem ever be sustainable? Having relinquished policy autonomy and been subjected to a European austerity regime, could future Greek governments sustain popular legitimacy? A “no” vote will empower Syriza to try to instil virtuous dynamics in Greek society. However, it will have to do so without tough love from Europe. European support following a Grexit will take very different forms.

In Greek mythology, Odysseus had to navigate his ship between Scylla, a hydra-headed monster snapping at passing ships and Charybdis, a giant whirlpool threatening to suck the ship down into the depths of the Ocean. Rising out of this crisis, hardship appears to be the future of the Greek people no matter the outcome of the referendum. Not even Odysseus would fancy his chances in navigating the Greek ship past the horrors its crew will be facing.”# 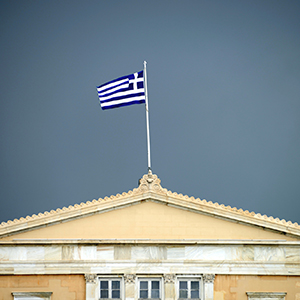