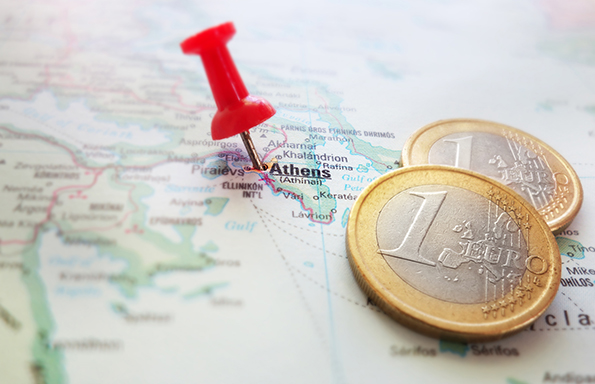 Alexis Tsipras has just won the referendum vote by a convincing margin. Nevertheless, the victory could be a pyrrhic and nothing other than a “Last Judgement” call for the Greeks. They will return to the negotiating table, but their fate is very much out of their hands.

Last Judgement, Michelangelo’s breathtaking fresco painted on the altar wall of the Sistine Chapel tells the story. At the centre, the president of the European Commission Jean-Claude Juncker and the German chancellor, Angela Merkel, like modern version of Michaelangelo’s Christ and the Virgin Mary, appear undecided on whether to save Greece’s economic soul by offering them further loans with less harsh conditions to avoid possible economic contagion. The ECB president, Mario Draghi, like a modern version of St Peter, holds the valuable keys to Greece’s economic heaven – €89 billion of Emergency Liquidity Assistance that Greece needs to stop the collapse of its banking system.

The No outcome of the referendum means that discussions will have to conclude at a very speedy pace. This is what the coalition Syriza-ANEL government have promised the Greek people and they should honour their word. This, against the backdrop of a very critical economic situation.

Greek banks remain closed and capital controls are firmly in place. At the same time, Mario Draghi’s ability to provide further Emergency Liquidity Assistance is undermined by another round of embarrassing credit downgrades of Greek banks to selective default.

Despite the No vote, the Greek government will be under extreme pressure at home to agree immediately to some version of the austerity proposals put forward by the creditors just before negotiations broke down. The decision by the charismatic Yanis Varoufakis to step down as Greece’s finance minister is expected to be seen by Greece’s creditors as a step in the right direction towards breaking the current deadlock.

But Varoufakis was not negotiating on his own over the last six months. Rather, he acted under the auspices of Alexis Tsipras. This has raised questions among Greece’s creditors on the willingness of Tsipras himself to handle the Greek deadlock. Anticipating the doubts of Greece’s creditors, Tsipras, a clever politician, has met with Greece’s other political leaders to exchange views and “co-decide” on the next steps. This move is likely to score positively with Greece’s creditors.

Mario Draghi and Angela Merkel hold the fate of Greek banks in their hands.
EPA/Hannibal Hanschke

Renegotiations will have to take place in a very turbulent economic environment. With Greek banks currently closed and the economy most certainly back in (deep) recession, the already discussed fiscal targets (primary surplus of 1% of GDP in 2015, 2% of GDP in 2016, 3% of GDP in 2017 and 3.5% of GDP in 2018) are very unlikely to be met.

Hence, discussions between Greece and its partners will have to re-examine both targets and measures for the Greek economy. Unfortunately, time is not Greece’s ally. Greece has already defaulted on a €1.6 billion debt repayment to the IMF. With a €3.5 billion debt repayment to the ECB due in two weeks, Greeks will be under extreme pressure to agree to any revised proposals put forward by the creditors.

That said, Greece’s lenders will also be under pressure to propose fiscal targets that take into account the rapidly worsening economic conditions. Indeed, ambitious fiscal targets will never be met, in which case, more austerity will have to be recommended. In this dreadful scenario, Greece’s government will have to either accept new painful measures or, surprise surprise, announce a new referendum on the grounds that new measures, not covered by the previous referendum, need to be implemented.

The reality of all of the above is that any agreement will have to involve (substantial) debt relief which will rely on the generosity of Greece’s lenders. The big irony, of course, is that debt relief is only promoted by the IMF, which is seen by most Greeks as an “outsider” in eurozone matters. But the IMF emphatically admitted (just three days prior to the referendum) that Greek debt is unsustainable. This very admission opens the door for debt relief which is desperately needed to stop kicking the (Greek) can down the road.

If debt relief is not implemented, or if Greece’s lenders are really fed up with Tsipras (in which case, no more negotiations will take place), the next step in the Greek drama will follow the script as dramatically portrayed in the lower level of Michelangelo’s Last Judgement. Without Yanis Varoufakis, Greek citizens, exhausted and damned by five years of (experimental) austerity measures, will return to memorable drachmas as a means of a valid currency payment. 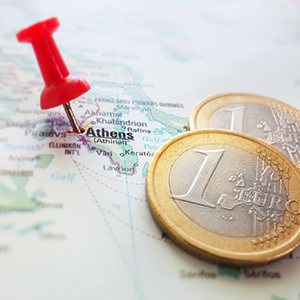