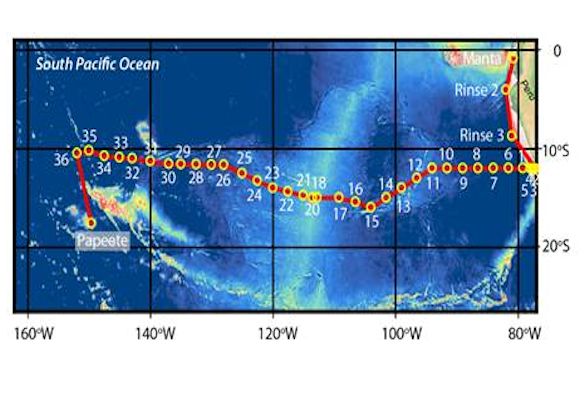 The University of Liverpool is part of an international research team that has found that dissolved metals from hydrothermal vents make a greater contribution to ocean biogeochemistry than previously thought.

Hydrothermal vents, or seafloor hot springs, release super-heated chemical-rich water into the deep ocean. It had been widely thought that most of the dissolved iron they produce form particles and fall to the seafloor in the vicinity of the mid ocean ridges.

However, research published in Nature (and on the front cover), has shown a plume of dissolved iron from hydrothermal sources was transported more than 4,000km west across the South Pacific by a slow-moving deep-ocean current. This is important as iron controls biological activity over around 40% of the ocean surface area.

Researchers tracked water venting from the East Pacific Rise, a chain of underwater volcanoes west of Ecuador that is one of the most volcanically active places on Earth. Using extremely sensitive tools they took measurements of the metals from the ocean’s surface to the seafloor. 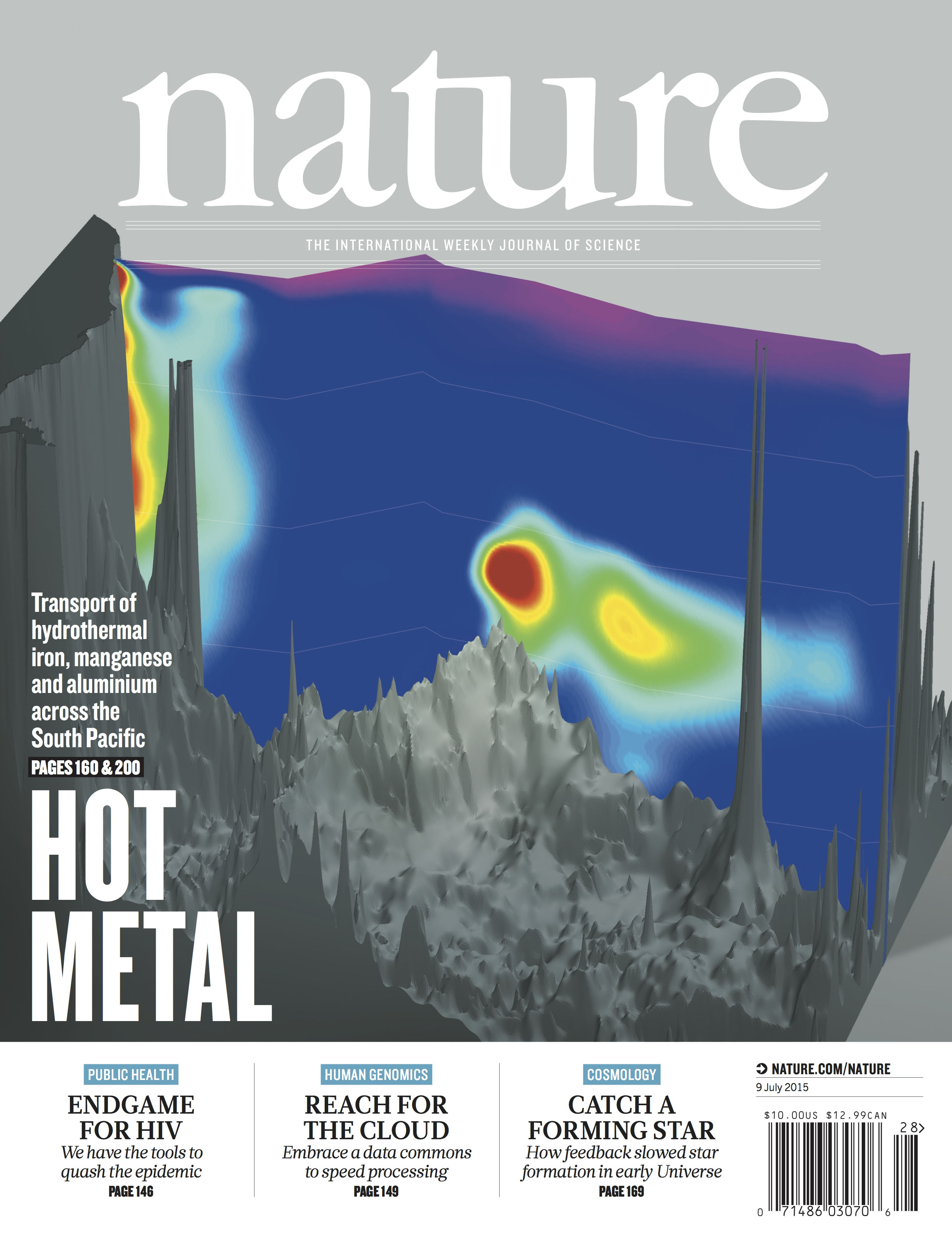 Dr Alessandro Tagliabue from the University’s School of Environmental Sciences, analysed the data using numerical model simulations. The results implied that in the Southern Ocean, 30 percent of the carbon exported from the ocean’s surface to the deep sea is supported by hydrothermal iron.

This means that iron from vent systems helps sustain a major ocean ecosystem that consumes contributes to the consumption of carbon dioxide from the atmosphere.

Lead author of the paper, Joseph Resing, from the University of Washington, said: “Every single day we were out on the research cruise, we were surprised to see that the plume of dissolved iron was still present. We have never before documented dissolved iron carried so far in the ocean currents.”

He added: “This research proves that hydrothermal activity at the mid-ocean ridges impacts global ocean chemistry of important trace metals. On longer timescales, it also impacts the productivity of the oceans.”

Dr Tagliabue said: “These results will force us to overhaul our view of how hydrothermal vents regulate the cycling of iron in the ocean and their impacts on both the productivity of Southern Ocean ecosystems and the wider ocean carbon cycle”

Seafloor hot springs are dotted along the thousands of kilometers of submarine volcanic mountain chains known as the mid ocean ridges. These isolated environments support unique and exotic biota, and provide a gateway for the exchange of heat and chemicals between the solid earth and the deep ocean.

Metals, especially iron, are crucial to the growth of phytoplankton in the oceans. In many parts of the ocean iron controls the growth of marine life even though it is only present at concentrations of parts per trillion

The transition metal iron is highly enriched in the hot spring hydrothermal fluids, and has been the focus of much interest because it limits primary production over large areas of the surface ocean. Iron is known to be only sparingly soluble in our modern oxygenated ocean.

However, a number of recent studies have challenged to this view but were not been able to demonstrate conclusively the long-range lateral transport of hydrothermal dissolved iron in the deep ocean, and its contribution to ocean biogeochemistry. 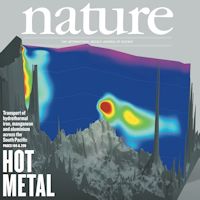