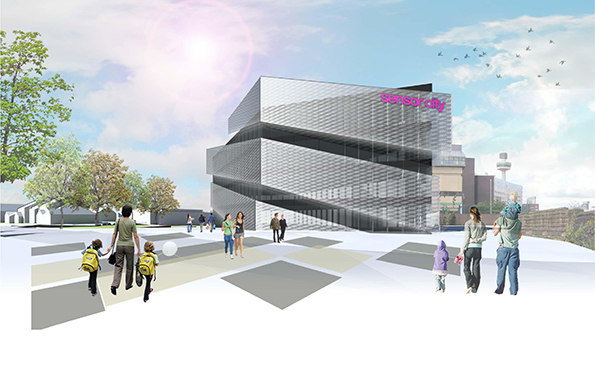 Business professionals joined academics for an engagement event six months on from the launch of Sensor City, a government backed project to develop a £15m hi-tech sensors hub in Liverpool.

A joint venture between the University of Liverpool and Liverpool John Moores University, Sensor City is currently in the early design phase of building a sensors based business innovation centre, aiming to create 1,000 jobs and house 300 new businesses in a bespoke 2,500 sq m building in the Copperas Hill redevelopment zone.

The focus for the six month milestone event was on businesses, and how they could benefit from being part of the scheme and its growing network. Delegates were offered the opportunity to deliver a 90 second elevator pitch to an audience of more than 100 fellow professionals and academics.

Presentations were made by representatives from both major organisations and SME’s, such as IBM and Liverpool Enterprise Partnership (LEP), covering topics including the internet of things, healthcare and microbiology etc.

IBM’s Pete Norton said: “Sensor Networks and their use at Sensor City will be at the heart of transforming the city of the future.”

Knowledge Transfer Network Ltd’s Matt Butchers said: “The UK is good on sensors but the translation into commercial solutions is held up by structural barriers. Initiatives such as Sensor City can really help develop the ‘concept to commercialisation’ process.”

The market for sensor systems is estimated to be £310billion globally and is growing at over 10% per annum. The UK sensor industry is a £13billion per annum sector supporting 70,000 jobs and producing £6billion in exports. Around 1.4million people in the UK are employed in the sensor-aligned professions, of which 159,000 are in the North West and 27,000 are in Liverpool City Region.

At the time of Sensor City’s launch, in December, Chancellor George Osborne said: “The stuff being developed here is absolutely cutting edge. It is better than anything else happening anywhere in the world. “We are all going to use the technologies being developed here and we are going to be able to say they were made in Liverpool.”

To find out more about Sensor City, please visit: http://www.liv.ac.uk/sensor-city/ 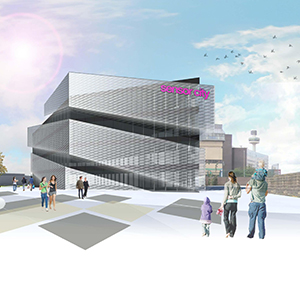