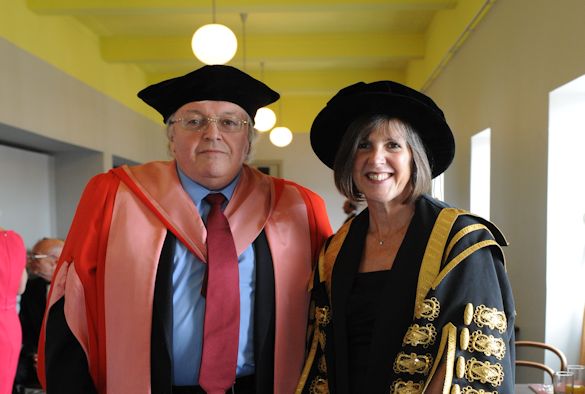 Príncipe de Asturias Professor of Contemporary Spanish History at the London School of Economics, Paul Preston, received an honorary degree from the University of Liverpool today.

He is among four esteemed figures receiving honorary degrees this week, including The President of Ireland, Michael D Higgins; The Most Reverend Justin Welby; and Judge of the North Eastern Circuit, The Honourable Mr Justice Globe.

Paul Preston has dedicated his professional life to writing the history of 20th century Spain in both its domestic and international dimensions. He has taught at the Universities of Rome, Madrid, Valencia, Reading, and London, and lectured widely in Europe and America. He became a Fellow of the British Academy in 1994 and was appointed CBE in 2000.

The honorary degrees was conferred during a week of ceremonies at the Liverpool Philharmonic Hall, in which more than 4,000 students will graduate.