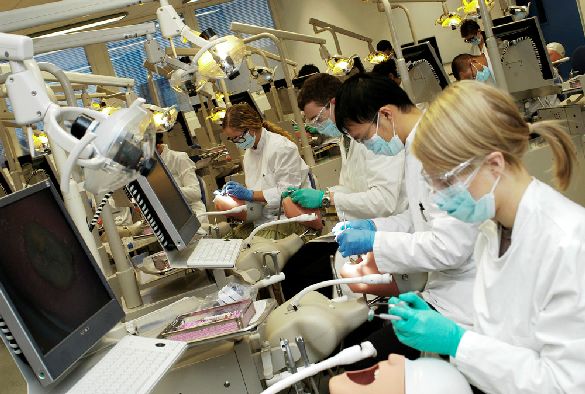 The University of Liverpool marked 150 years of its School of Dentistry with a film screening at St George’s Hall as part of its week-long graduation celebrations.

The film, which had its first public showing in front of an audience that included the Irish President, Michael D. Higgins, charts the successes of its staff, students and graduates.

Founded by Captain William J Newman in the 1860s, the first dispensary for diseases of the teeth operated in 82 Russell Street in the heart of the city and offered free dental treatment to the poor.

Today the School has an annual intake of around 100 students and some of the best teaching facilities in Europe.