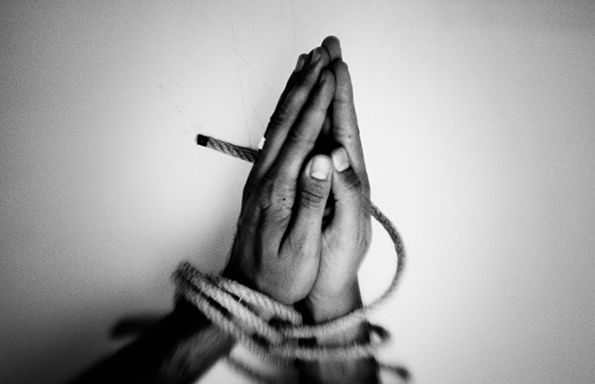 “Many of the provisions of the new Modern Slavery Act come into force today. The increasing references to modern slavery by politicians, including new requirements on business are designed to imply that Britain is again leading the ‘global fight’ against modern slavery. Ministers of this and previous governments have self-consciously made comparisons between contemporary anti-trafficking efforts and the actions of William Wilberforce and other leaders who sought to abolish the slave trade two centuries ago. But if politicians seek to assert moral authority on a topic such as slavery it seems reasonable to ask – are they doing all they can?

The Modern Slavery Act was the third change in the laws affecting human trafficking or forced labour in just over ten years, suggesting that politicians are keen to legislate. However, some of the most significant issues in this area: the reform of the NRM, visa arrangements for overseas domestic workers, and potential extension of the Gangmasters Licensing Authority (GLA) are now all subject to lengthy further reviews or pilot projects. The Modern Slavery Act therefore initiated, rather than completed, the much-needed reform of Britain’s response to these crimes. This of course will not stop politicians tempted to speak of Britain at the forefront of the fight against slavery, but it will be years before we will know whether Britain’s latest drive has indeed put its own house in order.

On his latest foreign trip to Vietnam David Cameron raised the issue of modern slavery, and again this echoes British politicians of the 19th century who were keen to assert their new-found moral certainty following abolition and sought to bring it to the centre of their diplomatic activities. Britain is in many ways following the example of the hegemonic power in our own era, the US, which has been using the issue of human trafficking as part of its foreign policy for years. Its annual TIP (Trafficking in Persons) report ranks all countries in their efforts to tackle the crime, but the latest, delayed, report has been criticized as overly political in some of its assessments. But why is Cameron raising this now, and was he right to do so while visiting Vietnam? What are the politics behind the contemporary fight against modern slavery?

It is true that citizens from that country are prominent in the figures the government has on the problem of human trafficking. The NRM (National Referral Mechanism) is the system that records those referred as potential victims of trafficking in Britain and in 2014 there were 2340 referrals, 34% higher than in 2013. Vietnamese citizens accounted for the third highest number of referrals overall, and second highest number of referrals for children (after Albanians). David Cameron was right to highlight these figures as worrying, but we should not forget that any data about crime and its victims is dependent on the quality of reporting and recording. The figures also tell us another important thing about modern slavery in Britain: it is not only a problem about immigration and immigrants – British citizens come sixth on the overall list, and third on the list of children who have been referred.

Politics and slavery make for a heady mix, but it is not just the UK and US that are seeking to use the issue as a means of injecting moral purpose into foreign policy. It is now standard practice for European countries (and the EU) to raise the topic of trafficking in their dealings with third countries. Anti-trafficking measures are now commonly included in bilateral and multilateral agreements that form part of accords on immigration. Critics point out that the main aim of these is not the protection of victims of trafficking, it is to restrict illegal immigration and facilitate the deportation of nationals back to those countries. Indeed, talking about trafficking or slavery has become a useful political device for avoiding deeper problems associated with the international movement of persons. As we have seen with the terrible and tragic situation in the Mediterranean, and now Calais, refugee crises can be blamed on criminal ‘traffickers’ as a way of side-stepping the responsibility to protect those individuals that are attempting to escape war and persecution.”