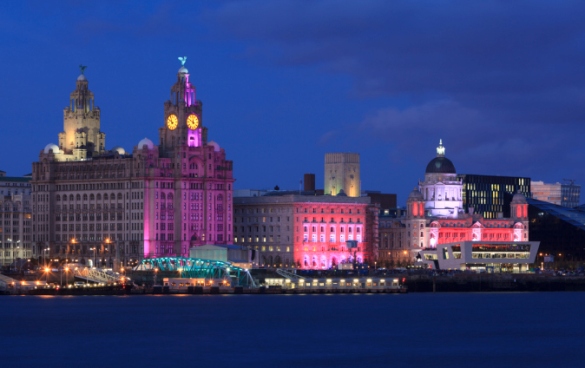 From music and comedy, to arts and sport, students in Liverpool have a varied programme of events to take part in across the campus and in the City.

Here is a selection of what is happening at the University and in Liverpool for the start of the academic year:

The Liverpool Guild of Students will be kick-starting Welcome Week with a host of acts, bands, comedians and DJs. The Welcome Week Ball will feature a DJ set from Sub Focus which includes a silent disco, fire breathers and stilt walkers for a night to remember.

Also performing at Welcome Week will be McBusted’s own Danny Jones who will be hosting a DJ set and a colourful paint party. Comedian Seann Walsh of ‘Mock the Week’ and ‘Celebrity Juice’ fame performs and Welcome Week will also host a film night with a screening of the 1993 classic ‘Jurassic Park’.

The full listing of acts performing during Welcome Week is available at the Liverpool Guild of Students website.

The selection of well-known and up-and-coming artists performing at venues across the City this year ensures Liverpool is keeping up its musical reputation.

A$AP Rocky and Wiz Khalifa will be playing at the Echo Arena in October as part of their UK co-headline tour and other stadium acts will be performing throughout the year.

You can catch up-and-coming acts at a number of smaller music venues in the city including the Kazimier, the O2 Academy and the Shipping Forecast.

As the birthplace of Cream, there are plenty of club nights in Liverpool to delight clubbers across the spectrum from house, techno to warehouse clubs, comedy clubs and LGBT clubs.

The historical Baltic Triangle is now recognised as a cultural, creative district, home to recording studios, restaurants, bars and clubs. Baltic Fleet, Camp and Furnace are Baltic Social just some of the popular bars in the area.

Warehouse spaces within the Baltic Triangle have been converted to stage some of Liverpool’s most popular club nights at venues such as HAUS and 24 Kitchen Street.

Alternatively, the Rope Walks district also provides a hub of nightlife, with Seel Street being a great area for clubs and bars in the city.

The City of Liverpool has a worldwide reputation for being synonymous with Football. Only Stanley Park separates the grounds of Liverpool and Everton.

After the success of the 2015 FIFA Women’s World Cup, the Women’s Super League (WSL) matches have seen record attendances. If you are looking for a trip outside the city you can watch Liverpool and Everton Ladies matches at the Select Security Stadium, Widnes for just £5. Liverpool are current WSL champions.

The city has the largest collection of museums and galleries anywhere outside of the Capital. At the Tate Liverpool there is still time to view an exhibition exploring the works of Jackson Pollock, one of the most influential and provocative American artists of the 20th century.

The Tate is also hosting the ‘Francis Bacon: Invisible Rooms’ exhibition next May, Bacon is considered to be one of Britain’s greatest modern painters with his raw, emotionally charged works.

The Everyman Theatre is building on its success after winning the sought-after RIBA Stirling Prize with an exciting programme over the next year. Following his sell out production of ‘A Midsummer Night’s Dream’, Simon Armitage’s new play ‘Odyssey: Missing Presumed Dead’ is a modern reworking of Homer’s ‘Odysseus’ and opens from September.

BBC Radio’s Mark Kermode and Simon Mayo are also appearing at the Everyman with the ‘The Movie Doctor’s’ in November exploring (and arguing about) the anatomy of film.

If you are interested in the smaller, thriving comedy scene in the city, many bars, clubs and theatres host regular comedy nights including Comedy Central Club, Laughterhouse and The Liverpool Comedy Cellar.

You can follow @LivUni and @LiverpoolGuild on twitter. Visit http://www.liverpoolguild.org/ for all the latest Welcome Week Guild info.

A University Welcome Week video is also available for new students below: