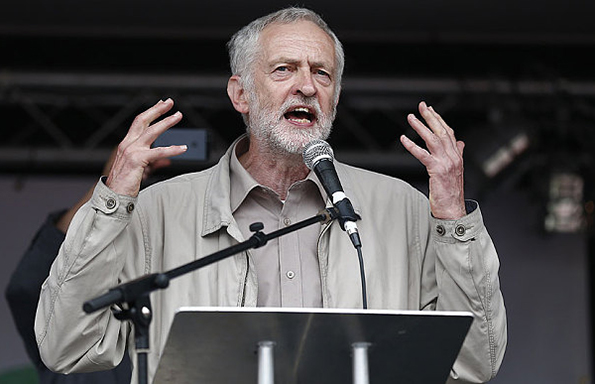 “The election of Jeremy Corbyn as leader of the Labour Party heralds something of a new beginning. His mandate is far larger than most party leaders have enjoyed in recent history, even beating the substantial mandate which secured the leadership for Blair in 1994. Prior to his victory, some have speculated Corbyn’s leadership would be short, with a more electorally convincing leader ready to take the reins in the event of a series of blunders and dire electoral performances. Yet, even if those blunders do occur, removing him with almost 60 per cent of the vote would be highly controversial, and could indeed do untold damage to the Party. Thus, for the moment, Corbyn will most likely remain Party leader until 2020 at least.

As a consequence, it would be worth reflecting on Corbyn’s style of communication. ‘Corbyn the orator’ is something of a controversial suggestion. Succinctly, an orator is a skilled communicator who constructs and delivers their sentences in an eloquent style which audiences can absorb with an almost poetic or musical feel. As examples Barack Obama’s oratory uses rhyme and verse to reflect the long tradition of linguistic construction of preachers such as Jesse Jackson. Tony Blair’s oratory also used a range of devices to keep the audience engaged and connected with the speech. Even Ed Miliband, often derided for his style of communication, could electrify a Labour conference by texturing his speeches with rhetoric designed to emotionally engage with his audience. These orators used their character and emotion to demonstrate they reflected the concerns and passions of their audience.

In contrast, Corbyn’s style of communication is far coarser. During the leadership election, Corbyn visited Liverpool where he addressed a crowd of over 2,000 people at the Adelphi Hotel. An important aspect of preparing the audience for his speech was to ensure they were primed. As such, a series of other speakers such as Tony Mulhearn addressed those assembled to ensure they were sufficiently prepared for the main feature. Alongside this, the crowd were treated to a rendition of The Internationale, whereby the audience began to join in by singing along. These are important pre-cursors to hearing Corbyn speak because they prepare the audience emotionally for his speech. Put simply, these are the warm up acts whose job it is to ensure the audience is in a malleable frame of mind along the appropriate ideological grounds.

Thus, when Corbyn steps onto the stage, his audience is prepared for his message. Rhetorically, his messages are fused with ‘genuine anger’, with very few attempts at ‘deliberative discourse’, and ‘facts’. These are deployed to support his argument only when they serve the emotional thrust argument. This is an asymmetrical engagement with some of the core tenets of effective rhetoric and, given the character he is striving to communicate, this is an effective strategy. It is the character of an anti-establishment figure, defined (purposefully) in opposition to the communicative conventions of British Politics since the Thatcher era. For example, professional appearance, smooth message, memorable soundbites, are all – supposedly – absent from the Corbyn style of communication. This is an attempt to construct a persona designed to appeal to those disaffected by political conventions, yet it could be argued the persona is as much a construction of artificial design as any of the others who have gone on to be considered great orators.

The question is, is Corbyn a great orator? Well, given he is now the Labour leader he will face political arenas and contexts in which unity, inspiring an audience, and moving them to action will become more important than presenting his anti-establishment character. For example at conference he will need to outline a coherent vision for renewal which his audience will support. At PMQs, he will need to have the PLP cheering behind him as he takes on David Cameron. In the media, he will need to reach out to the electorate in a way which brings them onside and convinces them to support Labour. These audiences are not the ones he has faced so far, and his new position changes the kind of message he is used to delivering. Whilst his persona has so far proven convincing to those on the further left of the political spectrum, to be a successful leader he must be able to convince centrists who voted Tory that his vision (and that of the broader party) is more appealing than the one they backed in May this year. How he communicates that argument will need to be calm, deliberative, and convincing.”