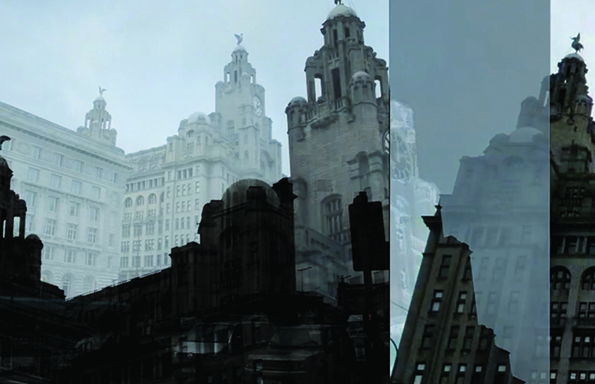 The digital art showcase developed by the University of Liverpool’s School of Histories, Languages and Cultures has been selected to feature at the Victoria and Albert Museum’s (V&A) prestigious London Design Festival Digital Design Weekend later this month.

Featuring South American artists’ re-imagining of Liverpool, in connection with cities such as Montevideo and Buenos Aires, the FACT exhibition was followed by the release of further images on twitter to encourage public input and interaction.

Professor Claire Taylor and Dr Jordana Blejmar then travelled to South America in June to run a series of impact and engagement events, and continue the Cities in Dialogue theme.

The success of the events in both hemispheres has led to a call up by the V&A, where the project is being hailed as one of the Digital Design Weekend highlights.

Professor Taylor said: “I’m really excited and honoured to have been invited to participate in the V&A’s Digital Design weekend, which is the culmination of the London Design Festival.

“The V&A estimate there will be some 14,000 visitors over the weekend, including practitioners, designers, creative industries, curators, and the general public, and I’m particularly keen to see what they think of the project, and what response we get to our interactive activities.”

The V&A show will feature the multimedia work This Too Shall Pass//Affective Cartographies, developed in 2014 by the project’s artist in residence, Brian Mackern. For the piece, Brian reworked footage obtained through his derives – a series of unplanned journeys along an urbanscape – in Liverpool. The resulting information, sound and visual material is then remixed as a representation of Liverpool’s “ socio-economic historic curve” over the last century.

Brian, who comes from Montevideo, Uruguay, said: “I’m really excited about the chance to further develop my work around affective cartographies, making it more interactive, and to share my creative findings about the city of Liverpool in the context of London at the V&A Museum.

“I feel honoured to have such a great opportunity.”

The London Design Festival Digital Design Weekend takes place from Saturday 26th September to Sunday 27th September from 10.30 to 17.30, at the Victoria & Albert Museum . To find out visit: http://www.londondesignfestival.com/events/digital-design-weekend-0