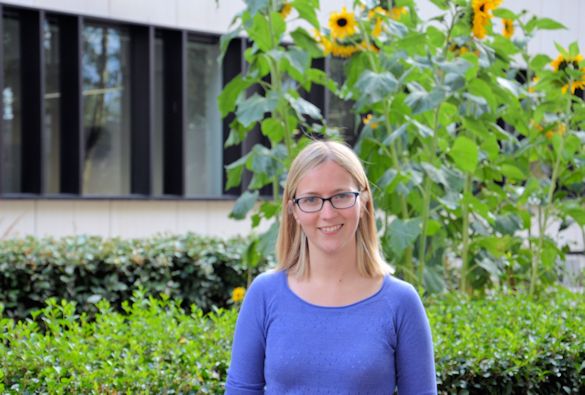 Dr Laura Harkness-Brennan from the Department of Physics is one of five candidates to be short-listed in the Science category of the Women of the Future Awards.

The Women of the Future Awards, founded by Pinky Lilani in 2006, recognizes and celebrates the inspirational female talentin Britan today across a number of sectors including Media, Business and Arts and Culture.

Dr Harkness-Brennan is a nuclear physics lecturer in the Department of Physics whose research focuses on the development of novel gamma-ray detection and imaging techniques for fundamental experimental nuclear physics research and in the healthcare and security fields. She undertakes a range of public engagement activities and has delivered many talks at schools and public events.

She has previously been awarded the Very Early Career Woman Physicist of the Year by the Institute of Physics.

Professor Ronan McGrath, Head of the School of Physical Sciences, said: “Laura is an exceptional young woman. She contributes across the whole spectrum of academic activity, being an enthusiastic educator, open day recruiter, researcher and advocate for public engagement with physics.

“What really stands out for me is that way in which she embeds externally-funded impact activities seamlessly into her overall programme. Being short-listed for such a high-profile and prestigious award is deserved recognition for her.”.

The winners will be announced at an awards dinner in London on October 27, 2015.