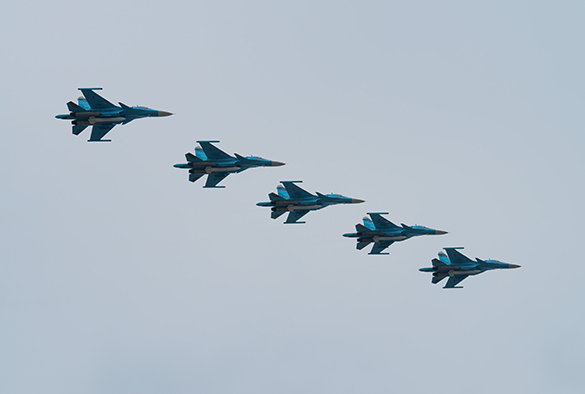 Anna Marie Brennan is a Lecturer at Liverpool Law School, part of the University of Liverpool’s School of Law and Social Justice

“States are permitted to use force in the territory of another state if the government of that state has requested it. Many experts suggest that the Assad regime can no longer claim to be fully representative of the state of Syria in particular since a significant proportion of the population no longer support it.

Nevertheless, the United Nations continues to view the regime as the legitimate government in Syria and unfortunately, there is very little guidance under international law as to the definition of a legitimate government in particular one which has requested the military intervention of another state. So Russia can make the unconvincing argument that they are intervening militarily in the situation at the request of the government.

In most situations, the UN Security Council would have authorised a weapons embargo against all sides to the conflict including the government and all armed groups operating within the territory.

Unfortunately, this has not occurred in the Syrian situation since Russia has vetoed a number of Security Council resolutions which threatened action against al-Assad’s government. So Russia’s view that the UN has not imposed restrictions on how the Assad regime can still act on behalf of the Syrian population is duplicitous because it was Russia which vetoed such restrictions in the first place.

Ultimately, Russia’s position relies on a very outdated interpretation of international law which posits that that since the sovereignty of the state remains in the hands of the Assad regime they have the exclusive right to determine what happens to the population. However, the more contemporary understanding of international law is that where a regime harms and forcibly displaces a population and is unable for whatever reason to overcome occupation by an entity which has also perpetrated mass atrocities upon the population international action should be commenced on behalf of the population and not the Assad regime.

The fact that there is still no international judicial mechanism to investigate and prosecute allegations of international crimes in Syria is to be decried and lamented. So until the international community decides to muster the determination to bring those responsible to justice all war crimes investigators and lawyers can do for the moment is document allegations.” One thought on “Viewpoint: Russian airstrikes in Syria and the law”