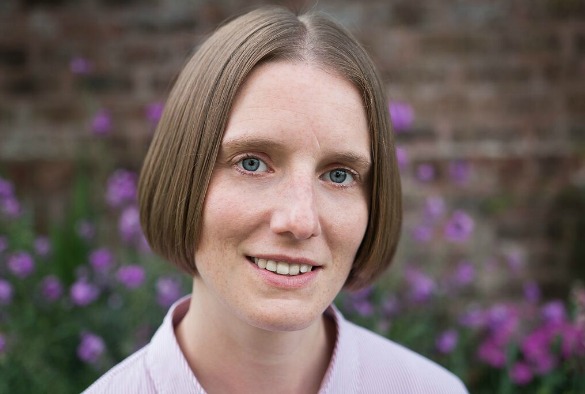 Here Dr Boyland writes about the experience of the event and its importance:

“Last week I was fortunate enough to be invited to give evidence to the Commons Health Select Committee inquiry into the childhood obesity strategy. I attended the fourth, and final, evidence session following previous appearances by a number of leading public health experts, from academic and advocacy backgrounds, and a certain Jamie Oliver, celebrity chef. Food and drink industry representatives had also had their say in the previous week.

In the Wilson room at the famous Portcullis House, I took my seat alongside Dr Alison Tedstone (Director of Diet and Obesity, Public Health England), Professor Susan Jebb OBE (Chair of the Responsibility Deal Food Network, University of Oxford) and Dr Peter Scarborough (University of Oxford). The issue at hand for this inquiry was to consider what the Government’s specific policy priorities should be for addressing childhood obesity in the UK. According to recent figures, one in four 2-5 year olds are overweight or obese, and in 6-10 year olds this rises to one in three. It is clear that a strong new strategy is needed and I was pleased to be in a position to contribute.

A great number of issues were discussed during the session, from broader strategic issues as to whether Government should wait until they have a strong evidence base before implementing obesity interventions, and whether or not it would be advisable to primarily focus interventions on primary school aged children. More specific question and answer discussions revolved around the evidence in support of a tax on sugary drinks (and what the level of that tax could and should be). All of these issues are so critical, but for me, the most interesting discussion was around the evidence to support further restrictions of unhealthy food marketing to children.

I was asked to attend the inquiry evidence session because I have conducted extensive research in this area, and have previously spoken about the need to address loopholes in the current regulations and begin to properly tackle so-called ‘new media’ marketing. It was an important opportunity to get some key public health messages put across to the very policymakers who can do something to effect change. For me, two overarching points were crucial to make.

This has repeatedly been shown to be a falsehood, including through our research here at the University of Liverpool. Food marketing works not just at the brand level (e.g. shifting choice between two competing brands of a similar product) but in a ‘beyond-brand’ way, promoting (over)consumption of that product category in general. Although carefully controlled studies are limited to demonstrating immediate, or acute, impacts of a short period of advertising exposure on eating outcomes – it is realistic to expect continued exposure to marketing in real life, across multiple platforms, in many different settings and over a lifetime, to amplify the observed impacts.

“The TV food advertising regulations need improving, and equivalent rules applying to all avenues through which children are exposed to these messages.”

Currently, a complicated process of ‘audience indexing’ (working out the proportion of children in the viewing audience of a TV programme relative to their proportion in the population) is preventing our advertising regulations from being properly effective. As it stands, unhealthy food advertising during dedicated children’s programming is fairly well restricted, but during family viewing (watched by a great deal more children than children’s shows are) the rules don’t apply. Our research here in the Department of Psychological Sciences has shown that this means millions of children are repeatedly exposed to extensive advertising for unhealthy foods and drinks during this time, and a 9pm watershed (a clear system that is well understood by parents) is the most logical and meaningful step forward at this point.

In addition, technological advancement means that children are now exposed to food marketing through a multitude of avenues that did not exist when I was a child – social media, online ‘advergaming’, video marketing, the list goes on. It is unrealistic to expect that a solid body of evidence to support the impact of each form of marketing on food choice and intake in children can possibly be generated by researchers prior to regulators acting to restrict children’s exposure to them.

Given the immediate issues we face with obesity and it’s health consequences, we have to use a precautionary principle here and say that if we accept the basic premise that food marketing encourages (over) consumption of unhealthy foods (as backed up by the evidence), then the policymakers have a mandate to act to restrict the activities of food marketers in the best interests of children’s health.

As an overall impression, I found it really pleasing that so much of the session focused on the role of the food environment, and the way in which we are bombarded with messages and cues to over consume foods and beverages high in fat, salt and sugar at almost every turn. The fact that we were considering the issues from this perspective, as opposed to the industry rhetoric that it is all down to personal responsibility, was refreshing to see. Whilst I fully acknowledge that eating is a behavioural phenomenon, the powerful influence of the food environment to shape what we eat, when we eat, how much we eat and our relationship with food, cannot be denied.

Many of the typical, tired arguments that were used years ago to defend tobacco advertising had been put forward by the industry representatives in defence of food advertising the week before, but I believe that our session refuted those points in a direct and evidence-based way. I await the new childhood obesity strategy with optimism and hope that the Government will take the opportunity to be bold and put forward policies that will effect real, positive change towards a healthy food environment for the nation’s children to grow up in.”

The session can be viewed online here: http://bit.ly/1GrXHOG

To read further about the Health Select Committee please visit:http://bit.ly/1P2RnOS