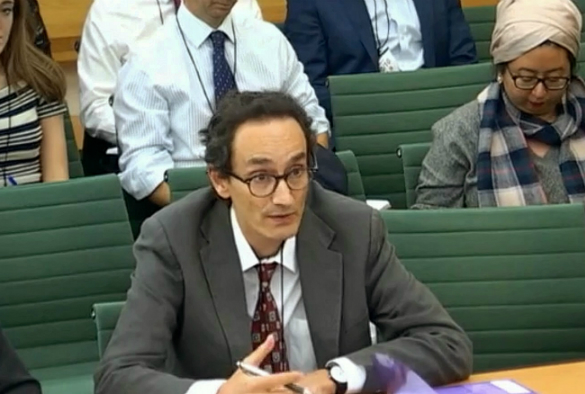 Professor Tom Solomon, from the University of Liverpool’s Institute of Infection and Global Health, has presented evidence to the House of Commons Science and Technology Committee on the UK response to Ebola.

Professor Solomon is Director of the National Institute for Health Research Health Protection Research Unit in Emerging and Zoonotic Infections, which has been carrying out research to support Public Health England in its role protecting the UK from Ebola. The Unit is a collaboration between the University of Liverpool, Liverpool School of Tropical medicine, and Public Health England.

The Science in emergencies: UK lessons from Ebola inquiry was launched in July 2015 to examine the lessons the UK could take from the Ebola crisis around the use of scientific advice in potential future global health emergencies.

At the time of the launch, Nicola Blackwood, MP said: “The Ebola outbreak devastated communities across West Africa and exposed failings in both the global and UK response to disease epidemics. With new cases recently reported in Liberia and Sierra Leone, it is vital we scrutinise what lessons the UK can learn from the Ebola epidemic.

The UK could be faced with other disease emergencies in future, such as a global flu pandemic. To save lives and protect our population it is essential that we can mobilise scientific advice rapidly and effectively to prepare for and respond to such emergencies.”

During the House of Commons meeting, Professor Solomon described the Unit’s work on looking at the risk of Ebola transmission by airline passengers and the role of airport screening, the development of new diagnostic tests and studies of the virus evolution and spread. He also emphasised the need for more coordination between the various agencies carrying out research to support the government’s efforts.

Other experts presenting to the committee included Dr Jeremy Farrar, Director of the Wellcome Trust, and Professor Chris Whitty, who led the Department for International Development’s response to the crisis.