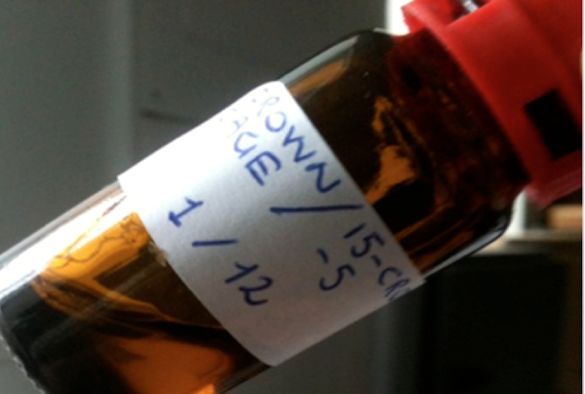 Scientists from the University of Liverpool and Queen’s University Belfast, as part of an international team, have made the first porous liquids which could create new industrial applications.

The new liquid dissolves unusually large amounts of gas, such as methane, the main component of natural gas, which is absorbed into the ‘holes’ in the liquid. The results of their research are published in the journal Nature.

The three-year research project establishes a concept that could pave the way for more efficient and greener chemical processes, such as capturing carbon dioxide emissions from sources such as fossil-fuel power plants before they are released into the atmosphere.

Professor Andrew Cooper, from the University’s Department of Chemistry, said:  “This invention is a proof of concept and much work is needed to compete with porous solids. But it is an exciting direction, and liquids have a major advantage in that they can flow.

“Industrial chemical plants are often designed to use liquids and gases, rather than solids, because they can be moved around through pipes. But nature abhors a vacuum, and it proved very challenging to make a liquid with holes in it. This paper presents two strategies to do this.”

Universities and Science Minister, Jo Johnson, welcomed the development.  He said: “As a One Nation government, we’re investing in world-class science across the UK, and this latest discovery reflects the strength of research partnerships based at Belfast and Liverpool.

“While these are early findings, this research could pave the way for greener energy production in the future.”

The research also involved universities in France, Germany and Argentina, and it combined expertise in chemical synthesis, computational modelling, and physical measurements.

The study was funded by the Leverhulme Trust and the Engineering Physical Science Research Council (EPSRC).