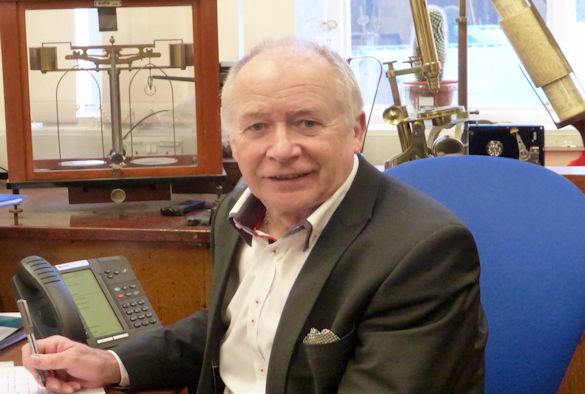 Professor Peter Myers from the University’s Department of Chemistry has been awarded the prestigious `Martin Medal’ 2016 by the Chromatographic Society in recognition of his outstanding contributions to the advancement of separation science.

The `Medal’ is named after Professor A.J.P. Martin who together with Richard Synge received the Noble Prize chemistry in 1952.

Professor Myers joined the University’s Department of Chemistry in 2006 when he was also awarded the Chromatographic Society’s Jubilee Medal.

At the University, Peter has worked to establish a strong centre of excellence for chromatography and related disciplines within Chemistry. He has also sought to replace the industrial habit of collecting fluid samples in bottles and delivering them to laboratories for analysis, by replacing these manual procedures by automated instruments.

His career in chromatography began at Phase Separations Ltd where he was responsible for the development of the Sol-Gel process for the manufacture of spherical ceramics for use in chromatography.

Peter acts as an independent consultant across all areas of chromatography and has been a visiting Professor at a number of Universities.

He will receive the `Martin Medal’ at the International Conference on HPLC in San Francisco in June 2016.