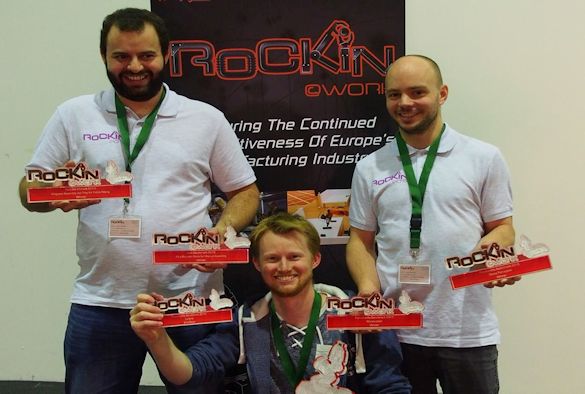 Students from the University’s Department of Computer Science have scooped first prize at a major European robotics competition.

For their challenge, the students had to demonstrate that their robot could perform a number of challenging tasks in realistic industrial environments which included locating, transporting and assembling necessary parts, checking their quality and prepping them for other machines and workers.

RoCKIn 2015 attracted teams from around the world eager to demonstrate their robotic engineering prowess in front of a live audience, which included renowned robotics experts and senior officials from the European Commission.

Professor Karl Tuyls, from the Department of Computer Science, said: “RoCKIn 2015 is a leading international tournament which showcases the potential of robotics applications for solving societal and industrial challenge.

“This win is a fantastic achievement for the smARTLab team from Computer Science who yet again showed their huge ability and talents by winning another international robotics competition.”