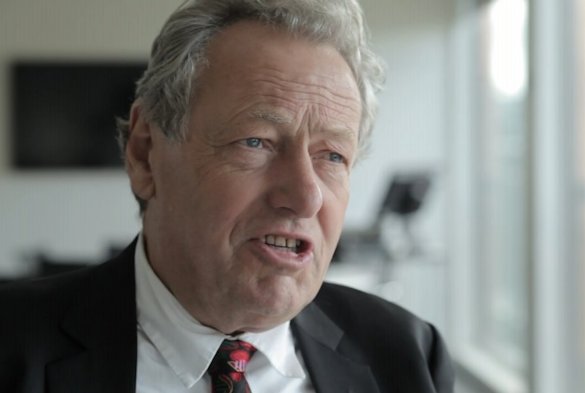 Professor John Ashton CBE, President of the Faculty of Public Health (FPH) has visited the London campus to discuss his career with students on the University’s Master of Public Health programme.

Liverpool-born, Professor Ashton is a prominent figure in modern public health for Merseyside and the North West. He was elected by the membership as President of the FPH in 2013 and chairs the Board, Executive and Fellowship Committee.

He holds chairs in the University of Liverpool Medical School, Liverpool John Moore’s University, the Liverpool School of Tropical Medicine, Manchester Medical School, the Valencia Institute of Public Health in Spain and the universities of Central Lancashire, Lancaster and Cumbria.

Well known for his work on Planned Parenthood and healthy cities and for his personal advocacy for public health, Professor Ashton was part of the British delegation to Macedonia during the Kosovo emergency and played an influential role in resolving the fuel dispute. He has been prominent in the fight for justice for the 96 victims of the Hillsborough football disaster.

John talks about his career in public health and his involvement with the London campus in this short video: