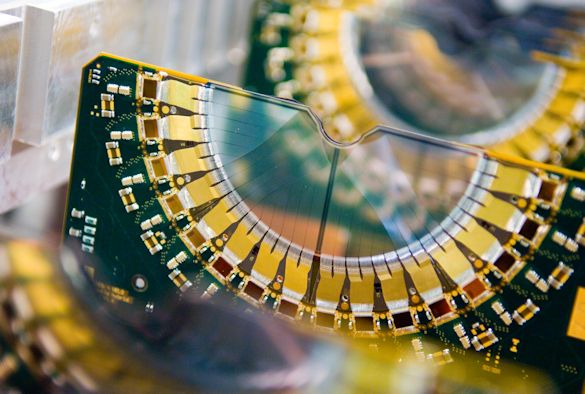 University of Liverpool physicists have been awarded £8.3million by the Science and Technology Funding Council (STFC) to study the building blocks of the Universe.

The funding will support key experiments being undertaken by the University’s Particle Physics group in Europe, the US and Japan.

The group’s neutrino team, and co-winners of the 2016 Breakthrough Prize, will continue to study the phenomena, which is thought to underwrite the prevalence of matter over antimatter in the Universe, at experiments in Japan and the USA.

The matter-antimatter ‘riddle’ will also be investigated by the group working at CERN on the LHCb experiment.

The largest part of the team is studying the highest energy particle collisions ever produced at the Large Hadron Collider (LHC) on the ATLAS experiment. They will make precision studies of the Higgs particle, and conduct studies that they hope will reveal the nature of ‘dark matter.’

Dark matter is thought to represent about 25% of the content of the Universe but almost nothing is known about its properties.

For the first time in over 20 years Liverpool researchers will be working with Fermilab, the US’s counterpart to CERN, to conduct part of its programme.

The group hopes to prove the existence of new physics beyond the reach of the LHC by making what is arguably the most precise measurement ever attempted in particle physics.

Professor Themis Bowcock, Head of Particle Physics at the University, said: “This confirms Liverpool’s role as one of the UKs largest centres for experimental fundamental physics. We are very proud of our group here at Liverpool which has provided instrumentation for both the LHC and the neutrino programme world-wide.

“Our challenge, over the next four years, is to be at the cutting edge of physics and to make sure that Liverpool is synonymous with discovery.”

Professor Christos Touramanis, Head of the University’s Department of Physics commented: “This impressive peer-reviewed award is a huge vote of confidence to the quality of research in Liverpool Particle Physics, and a major enabler to further enhance our leadership in discovery science internationally. It is success built upon individuals’ excellence and dedication, and strong, inspired leadership.”

“The support we have announced will enable this incredibly successful research community, including the team at the University of Liverpool, not only to analyse the new data coming from CERN but also to continue to inspire future generations with the excitement of discovering how the universe works.”