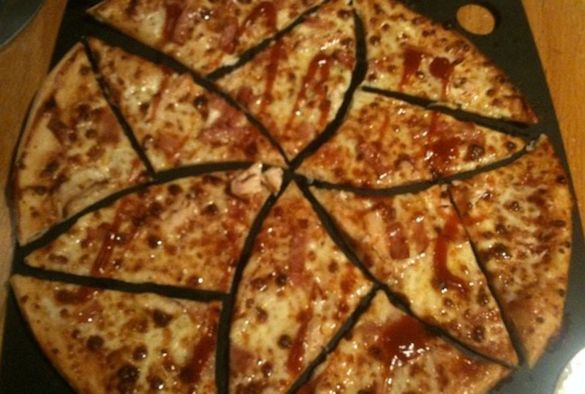 Mathematicians at the University of Liverpool researching a long-standing mathematical conundrum have found their results can be applied to the art of pizza cutting.

Dr Joel Haddley and PhD candidate, Stephen Worsley, from the University’s Department of Mathematical Sciences looked at the number of ways a flat disc can be cut into equal-sized pieces.

They began by looking at an existing result which showed a way to cut up a circle beyond the obvious way, which was to cut the circle with number of lines from the centre to the edge, as one would if cutting up a pizza

They then looked to see if there were other ways to cut a flat disc into equal-sized pieces with some pieces not touching the centre and found that this was possible.

Stephen Worsley said: “Our research explored a long standing maths conundrum of cutting a flat disc into equal-sized pieces. We knew solutions existed, however, we were interested in demonstrating a surprising solution where some of the pieces did not touch the centre.”

The researchers demonstrated that it is possible to cut a flat disc into scythe-shaped, curved slices with any odd-number of sides – known as 5-gons, 7-gons, 9-gons.

Dr Haddley, who has actually tried slicing a pizza this way (see above), added: “Mathematically there is no limit whatsoever to this although it might be impractical to carry out the scheme beyond 9-gon pieces.”

The research is published in a paper entitled “Infinite Families Of Monohedral Disk Tilings.

An article was published in New Scientist about these research findings and it has been covered widely in the media. 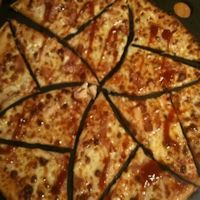