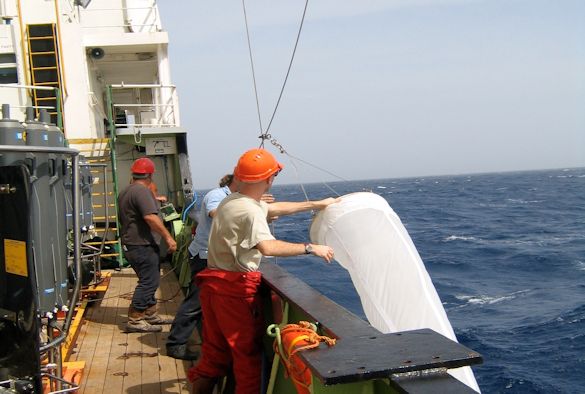 Ocean Scientists from the University’s School of Environmental Sciences have been awarded over £650k to better understand how zinc affects biological processes in the vast subtropical open ocean.

The project, funded by the Natural Environment Research Council (NERC), will study the role zinc plays in controlling the growth of phytoplankton and their resource acquisition in the ocean.

Phytoplankton require nitrate and phosphate typically at a ratio of 16:1. However, the increasing amount of nitrate in the ocean, driven by enhanced transfer of fossil-fuel derived nitrogen from the atmosphere to the ocean, means that phosphate will become scarcer which will become a problem for phytoplankton in the future ocean.

Zinc is a trace metal that is essential for phytoplankton but has never been shown to play such a fundamental role in controlling its growth. However, as phosphate becomes scarce, the role of zinc might become more important.

Dr Claire Mahaffey, Reader in Ocean Sciences, said: “Oceanographers typically assume that the lack of phosphate is relatively unimportant to phytoplankton activity as phytoplankton use alternative strategies to acquire phosphorus’.

“However, here at Liverpool we have already found that zinc can regulate the ability of phytoplankton to acquire phosphorus from the more abundant pools of dissolved organic phosphorus.”

“This project will add to our knowledge of the roles that trace metals such as zinc plays in supporting biological growth in the open ocean.”

The three-year project will use shipboard observations taken aboard the research vessel RSS Discovery , state-of-the-art proteomics and single cell elemental analysis to develop our understanding of how phytoplankton use trace metals, such as zinc, to acquire phosphorus in the subtropical Atlantic Ocean.

The knowledge developed through these observations will be extended to the contemporary and future global ocean using state-of-the-art biogeochemical modelling.

Dr Alessandro Tagliabue, Lecturer in Ocean Sciences, added “The models we rely on for projections of future climate change neglect the role of zinc in controlling phosphorus acquisition. This omission may be important as low phosphorus conditions are predicted to become more widespread over the coming decades”.

The research is in collaboration with scientists at the University of Southampton, Plymouth Marine Laboratory and project partners from the Woods Hole Oceanographic Institute and Bigelow Marine Laboratory in the USA. 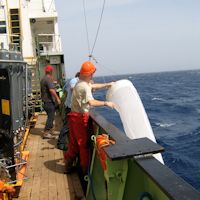