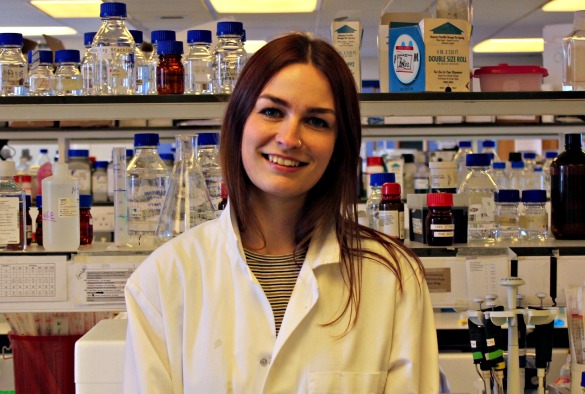 Joanna Clarke is a PhD candidate in the University of Liverpool’s Pharmacology Department in the Centre for Drug Safety Science:

“My PhD is entitled ‘An integrated assessment of novel biomarkers for drug-induced liver injury’ and it is funded by the Integrative Toxicology Training Partnership (ITTP), which is a branch of the Medical Research Council (MRC).

As pharmacologists, we are particularly interested in the liver because it is primarily involved in processing all drugs and is therefore incredibly susceptible to injury; in fact more than 10% of all prescription medicines have been associated with liver injury in some way.

In the UK, paracetamol alone causes around 200 deaths every year and more emergency hospital admissions than those resulting from heart attacks.  Meanwhile in the US, drug poisonings in general have now been shown to be in the top 3 causes of injury-related death (up alongside road traffic accidents and gun-related incidents).

Drug-induced liver injury of this kind is also a major reason for drug withdrawals from the market and compounds being prevented from reaching the market and thus an incredibly important issue for the pharmaceutical industry.

‘Biomarkers’ are biological markers that can be measured in bodily fluids, such as blood, and indicate the absence or presence of injury when found at low or high levels respectively.

Currently used biomarkers for liver injury have been in practice for more than 50 years but can be criticised for inaccuracy and delayed response; the discovery of a new and improved biomarker would therefore improve diagnosis of liver injury by enabling patients to be more accurately categorised into those with injury (requiring treatment) and those without (requiring safe discharge).

Some markers have already been suggested (examples include markers known as miR-122, HMGB1 and K18), but before these can be widely accepted into clinical use and application in industrial research, we need to know more about the markers – how they become released into the blood, when they become released (what situations can they be measured in), and whether or not they will definitely be an improvement to current methods.

My PhD therefore aims to address each of these gaps in our knowledge and ultimately find out if these new markers are going to be of use in humans. To look into these areas, I have been able to measure the different biomarker levels in blood from healthy individuals (it is important to establish reference ranges in people without injury) as well as patients displaying varying types of injury caused by different drugs.

I have also been lucky enough to spend time working at Novartis in Basel, Switzerland where I could learn how to dye these specific biomarkers within small sections of human liver to better understand the mechanisms of their release into the blood.  I am now working on over 1,000 blood samples from patients with paracetamol injury, comparing new markers to those traditionally used to establish if the new markers could have been better at indicating appropriate treatments for these patients.

Overall, the information gained throughout my PhD should help to address the numerous knowledge gaps remaining in this field and discover whether these novel biomarkers do in fact help the current monitoring method; and if so, in which format – individually or as a panel – do they work best, with an ultimate aim of improving patient care (via stratification of treatments), preventing DILI wherever possible (via improved monitoring) as well as improving the drug development pipeline allowing a smaller proportion of drugs to be halted due to liver-related issues.” 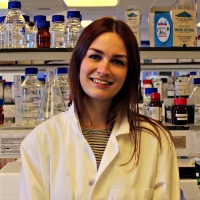