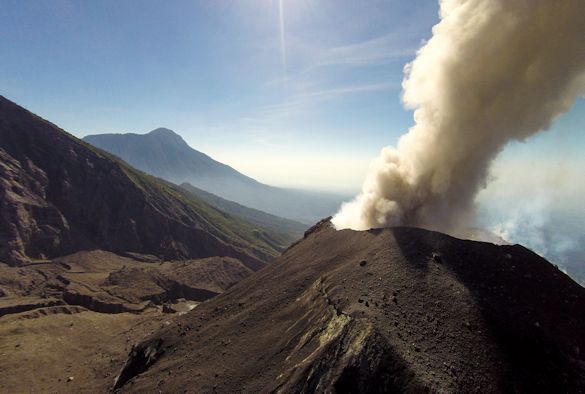 Volcanologists from the University took part in an international volcanoes workshop which was held on the active Santiaguito volcano in Guatemala.

Santiaguito volcano has been erupting lava since 1922 and every few hours explosions spurt hot ash and fragmented rocks, making it an ideal “natural laboratory” for scientists to study explosive eruptions.

The inaugural `Workshops on Volcanoes’, which attracted an international research team of 69 scientists from 18 countries, was co-led by Liverpool along with colleagues at the Boise State University, the Smithsonian Institute and Michigan Technological University.

Researchers and PhD students from the University of Liverpool’s School of Environmental Sciences were part of the interdisciplinary team of scientists that used seismometers, tiltmeters, infrasound microphones, thermal and optical cameras, drones, gas monitoring devices and remote sensing techniques to advance what we know and understanding of volcanic eruptions.

Professor Yan Lavallée, who led the Liverpool team, said: “This workshop provided the opportunity to visit an exceptional laboratory volcano, presenting continuous lava effusion with regular hourly explosions, rock falls and pyroclastic flows, which could be safely observed from spectacular perspectives, including the neighbouring higher summit of Santa Maria.”

A quadcopter (drone) was used to take aerial photographs of the volcano, including the active “Caliente” crater. The images will be used to reconstruct the 3D topography of the volcano and to monitor and compare the changes to the volcanic landscape and surface of the crater before and after explosions, and against older images taken the year before.

Post-doctoral researcher, Dr Felix W. von Aulock, said: “During one of the flights over the crater, we captured the onset of an explosion on video. This spectacular footage helps us to understand how, and where these explosions initiate: You can clearly see the fractures that open up in the initial blast, followed by a more ash-rich plume on the right.”

A short film of the field trip, including the remarkable footage of the explosion, was produced by filmmaker, Zach Voss and journalist, Nathan Hoffman, both from the USA who documented the researcher’s visit.

Dr Jackie Kendrick, also a post-doctoral researcher at University of Liverpool, added “We were part of a unique team of researchers chosen to participate in an international research workshop, merging education and science, with the aim of informing the next generation of volcanologists.”

Professor Lavallée concluded: “The true success of this event was the expansion of the sphere of scientists working at Santiaguito and with The Institute for Seismology, Volcanology, Meteorology and Hydrology (INSIVUMEH), the local governmental institution monitoring geohazards in Guatemala – and the exchange between scientists from previously unrelated institutions.”

The data from the workshop, funded by the National Science Foundation and supplemented by a European Research Council grant held by Professor Yan Lavallée, will be used to compliment on-going research at the volcano from groups around the world.

The University of Liverpool’s continued involvement at Santiaguito includes a seismic network recording 24-7 coordinated by the University’s Liverpool Earth Observatory and subsidised by the European Research Council.  This contributes to the monitoring effort by INSIVUMEH and is being used to better understand the processes which create the remarkable ~1 hour cyclicity in explosions  seen at Santiaguito.

You can read more about the deployment of this network in 2015 in the photo diary blog by Dr von Aulock published by the European Geoscience Union.

Visit the study pages to find out more about studying earth sciences at Liverpool.

Visit the research pages to find out about Liverpool’s research and expertise in volcanology. 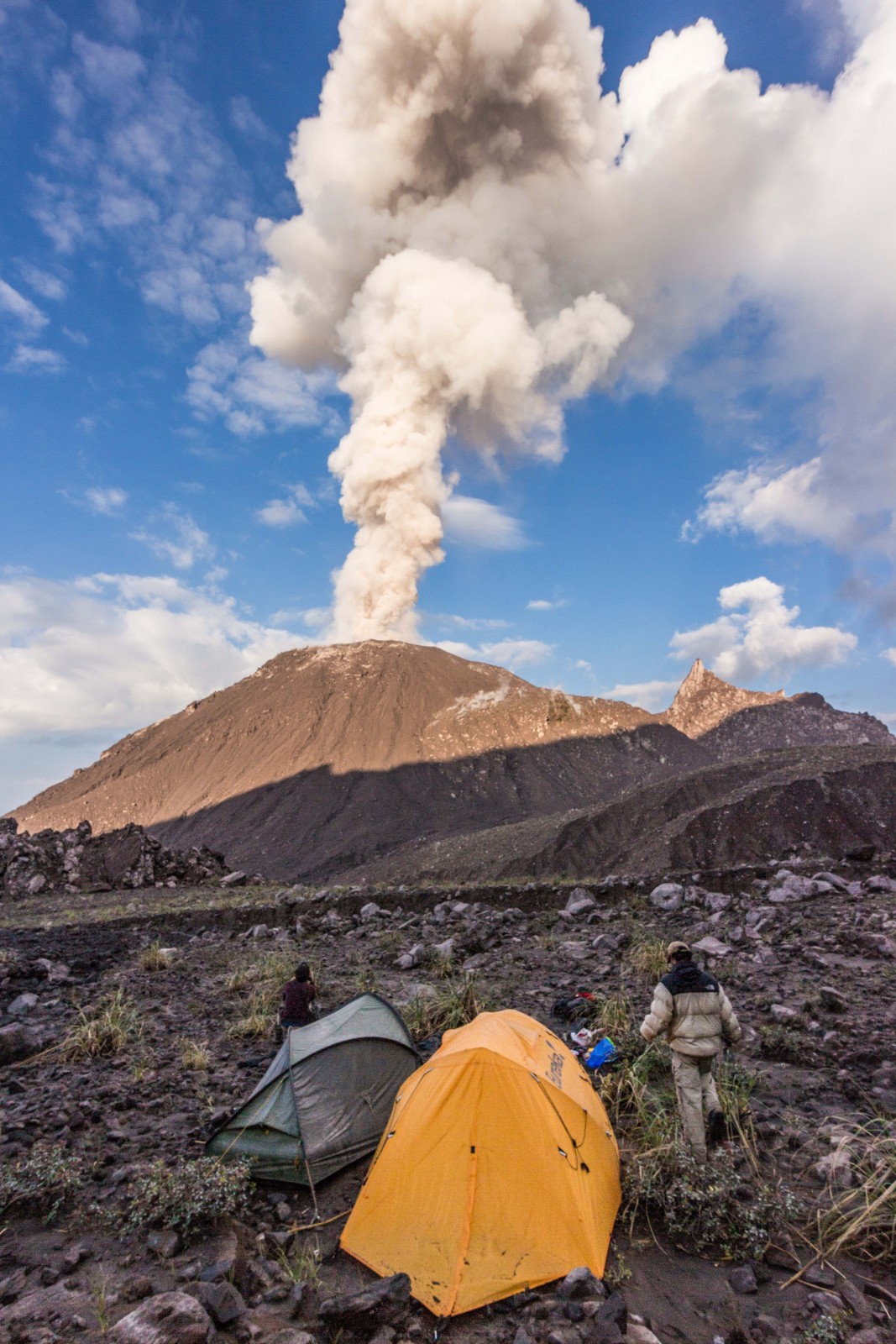 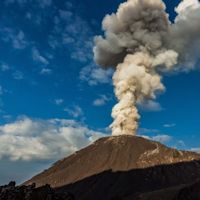