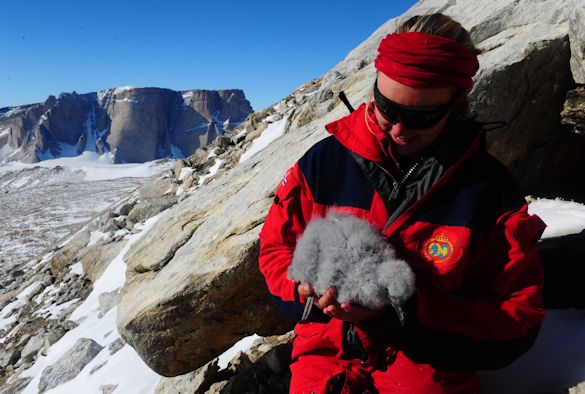 Alice Trevail from the University’s School of Environmental Sciences has recently returned from field work for her PhD in Antarctica:

“Myself and one other seabird researcher, Sebastien Descamps from the Norwegian Polar Institute, were based at the Tor ornithological research station at Svarthamaren Mountain in Antarctica.

Svarthamaren is located on a string of mountains, from which there is nothing other than snow and ice in both directions until you reach the Southern Ocean or the South Pole.

The mountain range provides the vital rocky slope needed for birds to create nest sites. About 100km away from our field site is Troll station, which is the main Norwegian research base: a slow but relaxing six hour journey by snow-cat along the mountain range. Next stop from Troll is Cape Town, South Africa, via a 6 ½ hour flight over the Southern Ocean: Tor station certainly is remote!

Our main task was to deploy GPS loggers on the Antarctic petrels to study their foraging behaviour. The petrels fly 200km to reach open water and then onwards to their foraging grounds in the poorly studied King Hakon VII Sea.

They forage in an area of the Southern Ocean inaccessible for humans, and therefore we know very little about what is going there. However, with constantly improving telemetry technology, we can combine GPS tracking studies with diet analysis and population counts of the petrels to learn about the Southern Ocean.

This confirms the negative trend observed in the last few years. Its early days in this latest project at the site, this was the first of three years, but hopefully over the years to come we will be able to understand more about what is driving the decreases in the Antarctic petrel populations.

For more details on our work at Tor, please visit our Seabird ecology group website.”

Image below: Antarctic Petrel with chick 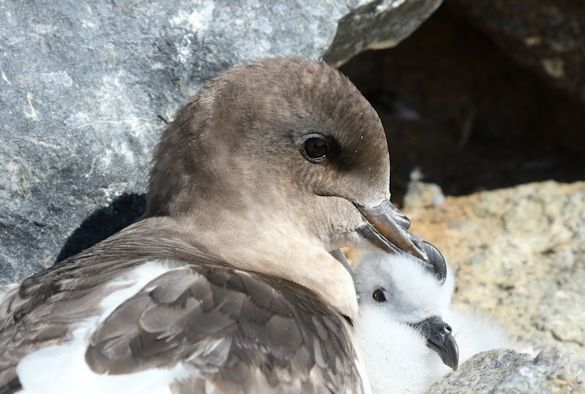