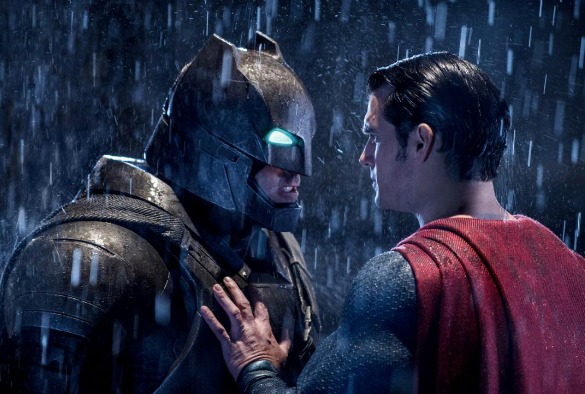 Dr Julian Ferraro is a lecturer at the Department of English. His main research interests are twentieth-century, and contemporary writing and film, pictorial narratives, seventeenth and eighteenth-century writing.

“This week sees the worldwide release of Batman v Superman, in which the latest movie incarnations of DC Comics’ best-known superheroes go-cape-to-cape for the first time on the big screen.

“In the course of an interview with Ben Affleck – the current gravel-voiced actor under Batman’s cowl – the comedian and chat show host Jimmy Kimmel suggested that ‘to see Batman fight Superman…it’s unsettling…it challenges everything you’ve ever believed’.

“And yet – quite apart from the precedent of Frank Miller’s 1986 comic, The Dark Knight Returns, on which the new film draws heavily – Superman and Batman have been at odds with one another since the Caped Crusader first appeared alongside the Man of Steel on American news-stands in May 1939. That Batman holds up a dark mirror to Superman is apparent in the way his origin story reflects that of the orphaned son of Krypton.

“In June 1938 Action Comics Number 1 introduced Superman in the following terms: ‘As a distant planet was destroyed by old age, a scientist placed his infant son within a hastily devised space-ship, launching it toward Earth!’ Less than a year later, Detective Comics Number 27 offered the ‘Legend of the Batman’ by way of deliberately bathetic contrast: ‘One night some fifteen years ago, Thomas Wayne, his wife and his son were walking home from a movie . . .’

“While Superman’s story is part of a tradition of out-of-this-world science fiction, Batman belongs to the world we’re forced to recognize around us. The heroes fashioned from these beginnings are like day and night.

“The alien baby who lands on Earth and grows up as super-powered Clark Kent reaches out to all mankind: ‘So was created . . . Superman! Champion of the oppressed, the physical marvel who had sworn to devote his existence to helping those in need!’ While the terror and shock of the murder of his parents drives the young Bruce Wayne deep within himself: ‘And thus is born this weird figure of the dark . . . this avenger of evil. The Batman.’

“A key part of the appeal of these iconic characters is their susceptibility to symbolic interpretation. In Freudian terms, Superman might be taken to embody the rational, civilized control of the super-ego, while Batman figures the hidden, primitive urges of the id.

“Politically, Superman’s Metropolis embodies a version of the city of tomorrow that is almost utopian, while Batman’s Gotham presents a Gothic-tinged dystopia burdened by the failures of the past – ideological cityscapes that perfectly mirror their respective heroes.

“The beauty of the DC extended universe is the way in which Batman and Gotham City, originally conceived as a dark, all too human counterpoint, can be brought into direct, and shuddering conflict with Superman and his shining Metropolis.

“The resulting questions – about the competing calls of truth, justice (and the American way); of using a god-like power to help those in need, or a single-minded obsession to avenge evil – extend far beyond the ‘Kapows!’ of costumed superheroes.” 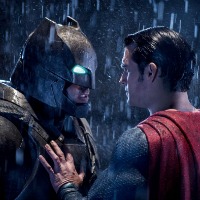 One thought on “The Liverpool View: Batman v Superman”