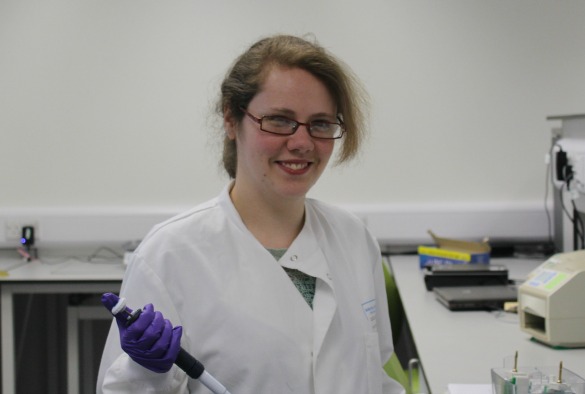 “I have always been fascinated by healthy and disease. My primary background is in biochemistry, as I have been drawn to how the body works on a cellular scale. I have always had a particular interest in how cells undergo programmed cell death, also known as apoptosis.

“During my undergraduate degree, I undertook an internship in Thailand, where I was first introduced to Systemic Lupus Erythematosus (SLE), and became fascinated by the complex disease, and thus have become interested in finding out the causes of SLE.

“Juvenile-onset SLE (JSLE) is a severe autoimmune disease with both genetic and environmental causes, and as JSLE is more severe than its adult counterpart, research is important for the  understanding of  how the disease progresses,  and may lead to potential therapies. JSLE can lead to severe tissue damage in a variety of organs, particularly the kidney, which can lead to kidney failure which would require dialysis or transplantation.

“My PhD is looking at the interaction of type 1 and 2 interferons (IFNs), a family of substances found in your body (proteins) that cause inflammation, with neutrophils, a type of white blood cell involved in clearing infection, within JSLE. This is funded by the University’s Institute of Translational Medicine and Alder Hey Children’s Charity.

“Neutrophils are the first line of defence against infection, they aim to destroy bacteria and can also recruit other white blood cells to the site of infection and this helps promote healing.  Interferons were initially found to protect against viral infection, but recent research has highlighted other processes that they are involved in, including apoptosis. Apoptosis is particularly important in removing old or damaged cells from the body before they become a burden or harmful.

“Once apoptosis has occurred these dead cells are removed from the area by a process called phagocytosis, in which dead cells are eaten by other, larger cells – the macrophages. However, in JSLE, there is an increase in the number of neutrophils undergoing apoptosis, and this results in an increase in dead cells that overwhelms the capability of another type of white blood cell called macrophages to clear them, which can lead to damage to the tissue in the surrounding area.

“Type 1 IFNs, which include IFN alpha and beta, and the type 2 IFN, IFN gamma, are shown to be heightened in serum (the liquid part of blood) in patients with JSLE. This JSLE serum is able to induce apoptosis in neutrophils, due to raised levels of proteins and other substances that can induce apoptosis.

“My theory is that the STAT pathway followed is different in healthy adults and healthy children compared to JSLE patients due to the presence of IFNs in the patient serum. This work potentially highlights a therapeutic target within this pathway that may help JSLE treatment.” 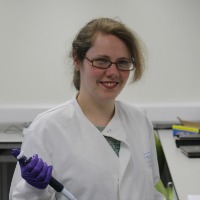