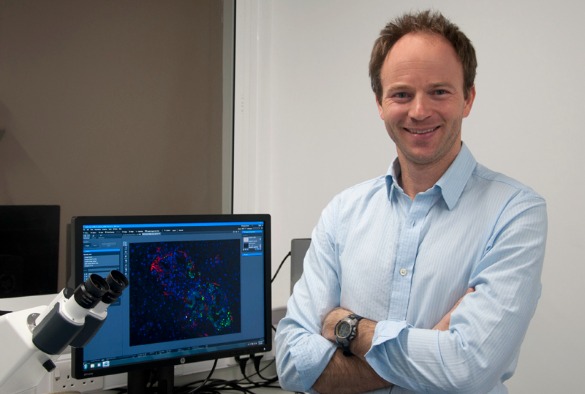 Researchers from the University of Liverpool have found an explanation for how pancreatic cancer spreads to the liver, which could potentially hold the key to preventing the progression of the disease.

Metastatic pancreatic ductal adenocarcinoma (PDAC) is a very aggressive type of pancreatic cancer that kills around 8000 people every year in the UK and 330,000 worldwide. Current treatments are not very effective, thus new treatment strategies are urgently needed.

The study, led by Dr Michael Schmid from the University’s Institute of Translational Medicine, focuses on the role of the non-cancerous host cells, known as stromal cells, as the cancer cells spread to the liver.

While most of the research conducted so far has focused on the cancer cells, over the last few years, it has become clear that non-malignant stromal cells and the formation of a tumour microenvironment strongly influences the course of cancer progression and spread (metastasis.)

Dr Schmid, said: “A better understanding of the mechanisms underlying the metastatic spreading of pancreatic cancer is critical to improve treatment and patient outcome.

“Our work, which was a collaborative effort among several national and international research teams, provides evidence that pancreatic cancer metastasis critically depends on the support of stromal derived factors such as granulin and periostin, and that targeting these stromal factors may improve the outcome of this devastating disease.”

Sebastian Nielsen, a researcher, explains: “ We found that the secretion of granulin by inflammatory white blood cells, or monocytes, plays a key role in pancreatic cancer metastasis. These findings suggest the management or disruption of the secretion of this protein inhibits the growth of cancer cells in the liver.”

The study was supported by research groups from the University’s Institute of Translational Medicine including Dr Ainhoa Mielgo, Dr Takao Sakai and clinicians Professor Fiona Campbell and Professor Dan Palmer.

Dr Mielgo, a key collaborator of this study, said:“These findings are very exciting because they uncover a new mechanism that is essential for pancreatic cancer metastasis and that we can now specifically target.”

The paper, entitled “Macrophage-secreted granulin supports pancreatic cancer metastasis by inducing liver fibrosis”, has been published in the journal of Nature Cell Biology.

The full paper and details of all the contributors can be found here.

A video of Dr Michael Schmid explaining the study can be found here. 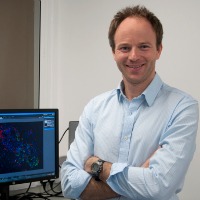