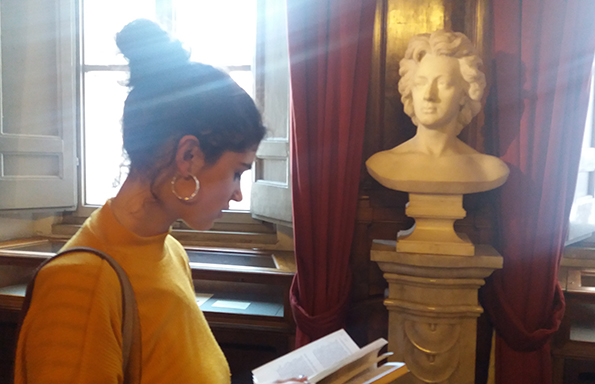 Exploring the literary history of Rome in the company of other like-minded English students was surely the best way any of us could have procrastinated writing our essays.

Our educational exploits involved on-the-move poetry readings and discussion, including a session in the Villa de Borghese gardens, gathered round Byron’s statue. Dr Greg Lynall read us Byron’s ‘Lines Inscribed Upon a Cup Formed From a Skull’ which provoked a collaborative musing over the various connotations that come with turning a human skull into a decorative goblet.

”What does Byron imply by replacing the rotting brain with wine? Is it better than just leaving it for the worms?”

What does Byron imply by replacing the rotting brain with wine? Is it better than just leaving it for the worms? Or perhaps we would require further clarification as to the calibre of the drink poured within – Châteauneuf-de-Pape would probably suggest an intellectual elevation arguably not brought about by a £4 German Hock.

The most involving literary activity was probably the Keats-Shelley house tour which, other than learning more about its famous past residents, for me humanized these immortal literary giants. In English essays, we tend to always write about authors in the present tense – Keats ‘does’ this, Shelley ‘does’ that  as if they are still living and creating – but visiting their graves in the nearby Protestant cemetery, brings home their mortality – what we lose. 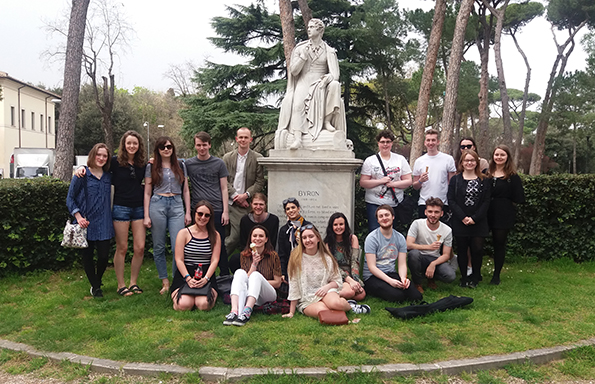 This is not to say they are irrelevant today. The heart wrenching expressions of loss in Shelley’s ‘Adonais: An Elegy on the Death of John Keats’, “Ah, woe is me! Winter is come and gone, / But grief returns with the revolving year;“ would be as at home in a twenty-first century pop song as in nineteenth century Romantic poetry. Being the literature undergrads we are, when we realized that Keats was a forerunner of the rock and roll 27-club we embarked on one of many discussions about tortured artists and the fickleness of life, discussions that were repeated many times through the week.

One evening we settled down in a restaurant for pizza with a side of Futurism; my group was run by Dr David Hering and English’s own Oracle of Futurism, Dr Sandeep Parmar. My favourite take-home message from this discussion would have to be “Down with Austria!”

When intellectual and literary chat was exhausted, most nights saw us bonding over the delights of the onsite bar-club, aka the Disco Pub. Euro pop and sticky floors aplenty, it was the perfect place to hang out with our new friends. The trip ended with some students visiting the world-famous Cinecittà film studios, some reading Dickens describing a Roman beheading in the shadow of St Peter’s, and some (including me) taking a leisurely stroll around the Colosseum in the semi-sunshine. In navigating the metro I believe I did a very good job of creating the illusion that I am a grown up and capable twenty-year old.

All in all an extremely pleasant end to the university term, and a huge thank you to Matthew Bradley, Sandeep Parmar, David Hering and Greg Lynall for organising it. 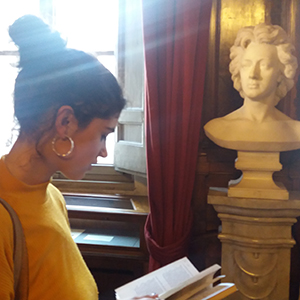