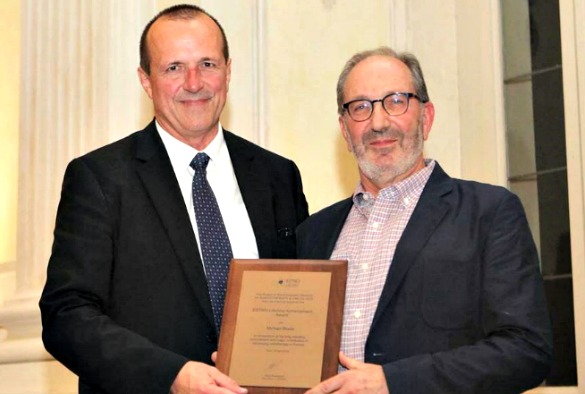 Professor Michael Brada from the University’s Institute of Translational Medicine has been given a prestigious life time achievement award by the European Society for Radiotherapy and Oncology (ESTRO).

The award, which was presented at the 35th annual meeting in Turin, Italy, is given to those who have dedicated their professional life to Radiation Oncology and the work of ESTRO.

Michael Brada is a Professor of Radiation Oncology at the University of Liverpool and Clatterbridge Cancer Centre and is a leading expert in neuro-oncology and thoracic oncology.

Of his award Professor Brada, said: “I am delighted to have received this Lifetime Achievement Award, which will be a permanent reminder of the great success of Liverpool in leading the way in radiation oncology.

“As well as a personal honour, this is a great honour for both the University and Clatterbridge Cancer Centre. It is tribute to hundreds of medical and health care staff and scientists that are in the front line of delivering the best possible care and the outstanding science that is paving the way to do this even better.”

Professor Brada was the President of ESTRO (2003-2005) and President of EANO (European Association of Neuro-oncology) nurtured a young organisation towards the principal European force it is now.

In lung cancer he developed and tested novel technologies including motion management techniques and high precision irradiation. Throughout his career has been a passionate believer in evidence based medicine.

Professor Brada’s studies have resulted in widespread changes to clinical practice. His interest in evaluation of novel technologies through systematic reviews and meta-analyses focusing on benefit to patients have generated heated debates and continue to irritate “believers” in technical innovation as a sufficient goal for the future of radiotherapy. 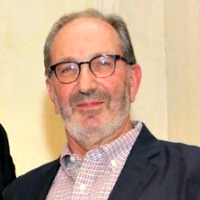