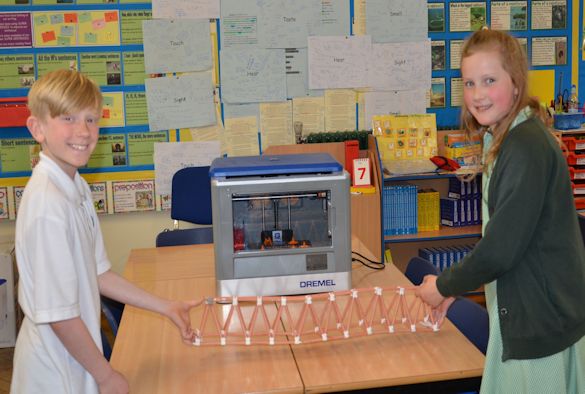 University of Liverpool engineers have been working with children from Dovedale Primary School to design and build a model of the Anfield roof truss using the latest 3D printing technology.

The truss, which is giant metal structure weighing in at 650 tonnes, is a key feature in the redesign of Liverpool FC’s iconic Anfield Stadium and the latest addition to the Liverpool skyline.

The Year 5 pupils were tasked with researching, designing and building the truss along with a series of related activities including forming their own company and even coming up with their own brand for it.

Working in groups, the pupils started off by building prototypes of the truss using drinking straws and tape. Once familiar with the geometry, they then used a Dremel 3D Idea Builder provided by the company to help fabricate the 196 individual parts of the truss. These were carefully assembled in stages until the final truss was complete. Finally, the children tested the structure by suspending it between two tables and gradually adding weights until it collapsed.

3D printing – also known as additive manufacturing – involves successive layers of material being formed under computer control to create an object. It is transforming the field of engineering, as well as many other fields, including education, archaeology, bio-printing and even food printing.

University Engineer, Dr Andrew Green, who undertook the project with Dovedale School, said: “It was a fantastic opportunity to introduce the kids at Dovedale to the latest technology and concepts in the field of engineering using the new truss at Anfield stadium as a real life example. They all really enjoyed the project – whether they were Liverpool or Everton supporters. They impressed me with their enthusiasm, their ability to listen to and follow instructions and to work with great care and attention.”

Andrew McLaren, Year 5 form teacher at Dovedale School, said:  “As a lifelong Liverpool fan, the chance to work on a project about Anfield was too good to be true.  After initial discussions with the University, the opportunity was there for the children to investigate the redevelopment of Anfield and to ‘Think Actively in a Social Context’.

“They had to become engineers and recreate the new Anfield truss. They researched Liverpool’s redevelopment, drew sketches, researched trusses, formed a company, designed a website and logo, built a prototype and made the truss (ensuring quality assurance).

“It was an extremely fluid process, gaining real momentum; culminating in the children producing fantastic work. There were so many cross curricular opportunities for the children. In addition to working as a team, they became more independent in both thought and action. It was a real joy to see them develop throughout the project.

“Having the Dremel 3D Idea Builder in school was extremely exciting, not only for the children but for me as well. There was a real ‘buzz’ of excitement every time we used it. This project has really inspired the children, bringing out the inner engineer in all. A huge thank you to Drs Andrew Green and Diane Taktak for all their hard work. Here’s to the next challenge.”

This pilot project was partly funded by the Institution of Civil Engineers. The team from the University’s School of Engineering are keen to build on this success and are seeking funding to expand the project to include other primary and secondary schools in the region. Please contact Dr Andrew Green on  if you wish to find out more about this activity. 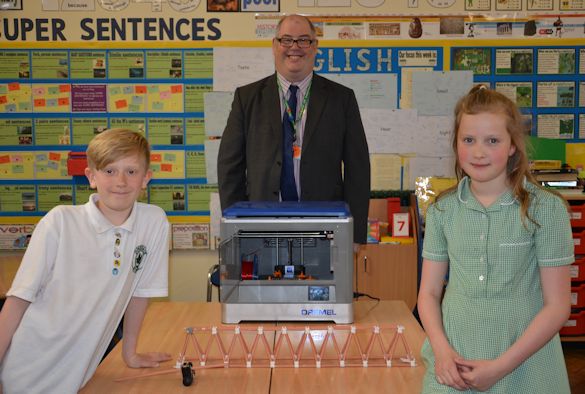 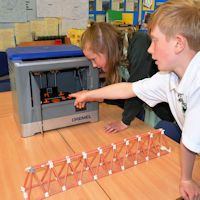