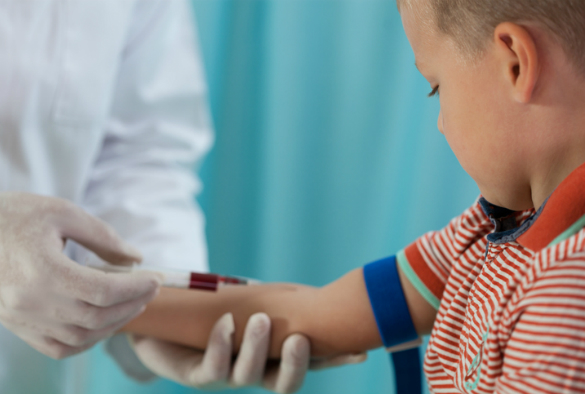 Researchers at the University of Liverpool are part of a new £14m European project to improve diagnosis of serious bacterial infections such as meningitis and sepsis and reduce antibiotic use in children.

An international team of doctors and scientists are aiming to develop a rapid test to allow medics to quickly identify bacterial infection in children.

The hope is the £14m project, funded by the EU, will not only allow medical staff to reduce the number of unnecessary antibiotics – but it could also quickly identify deadly cases of meningitis, sepsis and other life threatening bacterial infections.

In the new project, called PERFORM, the team will build on previous research that showed bacterial illnesses can be identified by a particular patterns of genes and proteins.

During the five-year project the team will study around 60,000 children across Europe and West Africa who arrive at hospitals and clinics with a high fever.

Fever is one of the most common reasons children are brought to medical care. While most episodes of high fever in children are due to a viral illness – which will often get better on its own – hidden amongst them are life-threatening bacterial infections.

Mike Levin, Professor of International Child Health at Imperial College London, who leads the new project explained: “Rather than attempting to identify the bacteria, which has been the focus of most previous tests for bacterial infection, we believe bacterial infection can be recognised by the pattern of genes and proteins activated by the child’s immune system in response to the infection.”

At the moment, when a child arrives at a surgery or hospital with fever, doctors have no quick method of distinguishing whether the child is suffering from bacterial or viral illness. Diagnosis relies instead on taking a sample of blood or spinal fluid, and seeing if bacteria grow in this sample. However this can take more than 48 hours.

Because of the fear of “missing” bacterial infection, doctors often give antibiotics immediately to children with high fever – before the test results are available to confirm whether the child is suffering from a bacterial or viral infection.

Professor Enitan Carrol, from the University’s Institute of Infection and Global Health, is leading the prospective Emergency Department study. She said “We are delighted to be part of this important initiative. The inability to distinguish life-threatening infection from self-limiting illness presents a huge clinical dilemma for doctors in paediatric Emergency Departments.

“If we can come up with a solution to this problem, it will have global impact on patient outcomes including mortality, on antimicrobial resistance and on health care resource utilisation.”

The project has received funding from the European Union’s Horizon 2020 research and innovation programme under grant agreement No. 668303. To find out more please visit www.perform2020.eu. 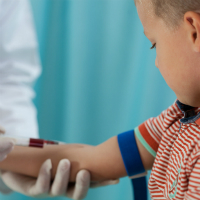