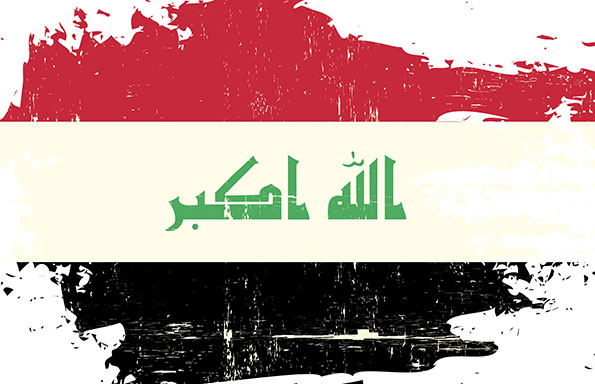 David Whyte is Professor of Socio-legal Studies at the University of Liverpool’s School of Law and Social Justice. Greg Muttitt is author of Fuel on the Fire: oil and politics in occupied Iraq

“In his report today, Chilcot said that the purpose of his Inquiry was not to make any judgments on the legality of the war. Much of the debate has focused on the legal impossibility of sending Blair to the Hague for a crime of aggression.  In doing so, the debate has conveniently omitted to ask about war crimes that were committed after the invasion.

In a memo by the Attorney General on 26th March 2003, Tony Blair had been warned in no uncertain terms that both ‘pillage’ of Iraqi resources, and any attempt to significantly reform the economy or the political system would be illegal.

This memo explicitly stated that, according to the Hague and Geneva Conventions, “wide-ranging reforms of governmental and administrative structures would not be lawful’ and that the “imposition of major structural economic reforms would not be authorised by international law.”

”Yet the UK effectively ignored legal advice and participated in the introduction of major structural economic reforms, including the removal of product subsidies and protective trade barriers and other tariffs; a flattened tax system, in which the richest and the poorest paid the same rate; and economic policies that threw Iraqi industry wide open to foreign investors”

Indeed, Lord Goldsmith went as far as to say that in the absence of a UN Security Council resolution, “imposing reform and restructuring of Iraqi and its government” would be a clear breach.   There are several references in the report to this advice and to the acknowledgment by minister, such as Jack Straw, that this could trigger a legal problem for the government.

Yet the UK, as partners in the government of occupation – the Coalition Provisional Authority (CPA) – effectively ignored this legal advice and did just that: it participated in the introduction of major structural economic reforms, including the removal of product subsidies and protective trade barriers and other tariffs; a flattened tax system in which the richest and the poorest paid the same rate; and economic policies that threw Iraqi industry wide open to foreign investors. It also reformed the political system root-and-branch.  UN resolution 1483 recognised the US and the UK as joint occupying powers.  With UK key government personnel directing operations in the CPA, the Blair government was therefore jointly responsible for very clear breaches of Article 43 of the 1907 Hague Regulations and article 64 of the Geneva rules.  Those breaches alone are enough to trigger a case in the International Criminal Court.

In the aftermath, the re-distribution of Iraqi public revenues was one of the most audacious and spectacular crimes of theft in modern history. It was estimated that in the first year of occupation, between $8.8 billion and $12 billion of Iraqi oil revenue remained accounted for, with at least 85% ending up in the hands of US and UK corporations.

”Government documents that were available to the inquiry show that privatising the Iraqi oil sector was a key UK priority before the occupation.  While Tony Blair has consistently dismissed any suggestion of a UK oil motive as “absurd”, internal government documents indicate the opposite”

Most critics of the war in 2003 contemplated that the motive for this political and economic transformation was, at least partly, to secure the oil.  Indeed, this was a question that was at the forefront of public debates about the war at the time, and certainly featured in popular suspicions about the motivations of both the US and the UK governments.

Government documents that were available to the inquiry show that privatising the Iraqi oil sector was a key UK priority before the occupation.  While Tony Blair has consistently dismissed any suggestion of a UK oil motive as “absurd”, internal government documents indicate the opposite.  So, for example, in a letter rather revealingly headed ‘Why move [to war]?’, a senior MI6 official (believed to be Sir Mark Allen, who subsequently went to work at BP) stated in 2001, “The removal of Saddam remains a prize because it could give new security to oil supplies”. In the six months before the war began, the UK government held at least five meetings – denied at the time – with BP and Shell about how to structure the post-war Iraqi oil sector. And following the war, the UK and USA installed “advisers” in Iraqi ministries to draft oil privatization policies and laws, many of the advisers coming from BP, Shell, ExxonMobil, ConocoPhillips and other oil companies.  Yet, no evidence from the oil companies or their senior officers was called by the Inquiry.

We leave aside the question of whether Blair might or might not be tried for a ‘war of aggression’.   Chilcot’s remit was to inquire into the way decisions were made and actions taken in the period leading to war and the aftermath.  The available evidence – much of it buried deep in volume 7 of the Chilcot Report – points straight to the culpability of the Blair Government and its most senior representatives for an illegal occupation.   The evidence for this was either not requested by the Inquiry, or has been buried somewhere in between the lines.

A full 13 years after the war, and seven years after the Inquiry was established, Chilcot hasn’t even bothered to report the available evidence that could have paved Tony Blair’s way to the Hague.” 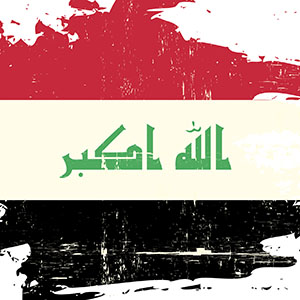