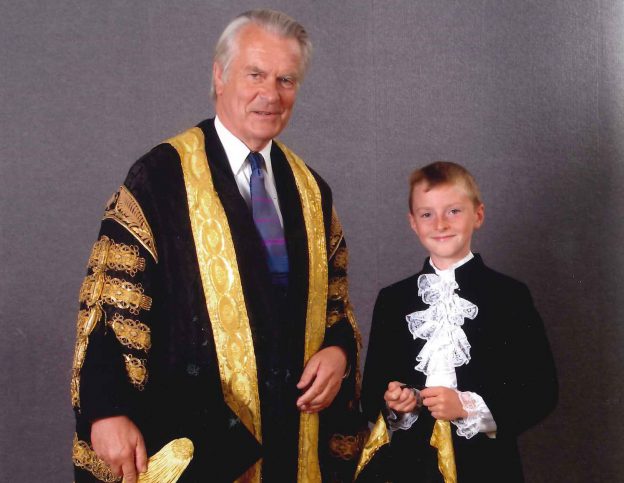 Engineering student, Richard Jones, didn’t suffer from any nerves today ahead of the conferment his degree in front of a packed audience at Liverpool Philharmonic Hall.

Richard, who graduated today with an MEng in Aerospace Engineering, served as page boy to the then Chancellor of the University, Lord Owen, from 2000 to 2003. 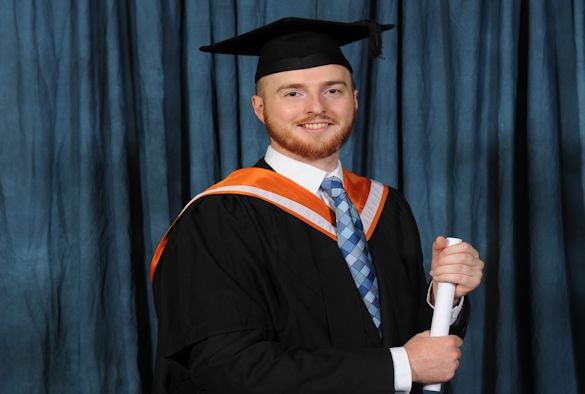 The role of the page boy was to carry the train on the Chancellor’s robe as he processed onto the stage and the tradition was to recruit the child of a member of University staff.

During his tenure Richard encountered many esteemed figures including Cherie Blair, who was awarded an honorary degree in 2003 and Gerard Houllier, former manager of Liverpool Football Club, who received an Honorary Doctor of Laws in 2002. 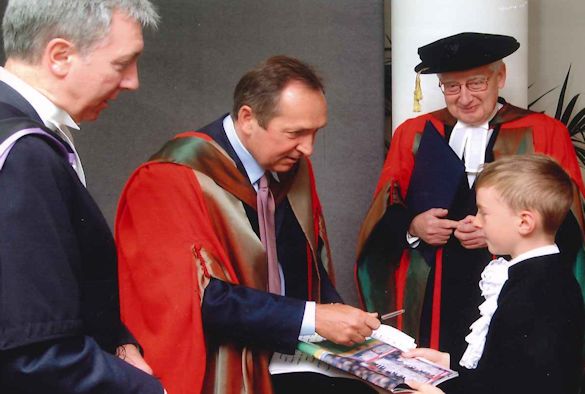 Richard said: “I remember really enjoying my time as a page boy. Being able to spend the day meeting some remarkable people was really interesting at such a young age. The time I met Gerard Houllier really stood out for me, being such a big Liverpool fan, though I was very nervous at the time.

“I am very excited for graduation and receiving my degree but I also feel fairly sad that I am leaving the university. Having lived here for five years, I have settled in and made many friends and memories which will last a lifetime. However, I am looking forward to exploring what will come next.”

Richard’s mother, Sheila Jones, who works in Student Administration and Support, added: “Richard took his duties as page boy very seriously and decided then that he’d like to be a professor of maths when he grew up.

“Whilst his subject choice changed, I was delighted when he enjoyed a Sixth Form Engineering summer school here and chose to apply to Liverpool because he thought we had the best aerospace engineering course. I was proud of him as the University’s page boy and equally proud of him now he is graduating from this University.” 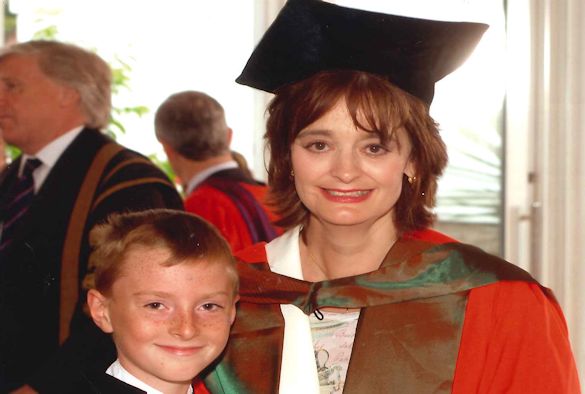 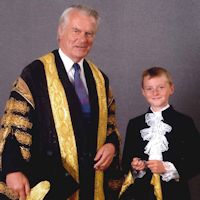