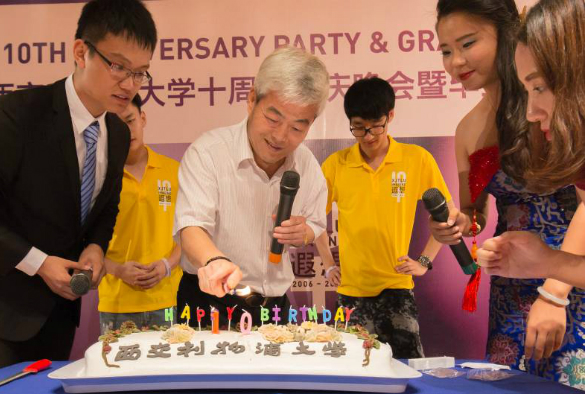 A host of celebrations to mark the 10th anniversary of Xi’an Jiaotong Liverpool University (XJTLU) are taking place this week in China, including the conferment of honorary degrees.

The University opened XJTLU in the world heritage city of Suzhou, in partnership with Xi’an-Jiaotong University (XJTU), in 2006. The institution has grown rapidly over the past 10 years, with more than 10,000 students now studying across a variety of subjects such as computing, maths, engineering and architecture in Suzhou and in Liverpool.

A delegation from Liverpool including the Vice-Chancellor, Professor Janet Beer; Deputy Vice-Chancellor, Patrick Hackett; former Pro-Vice-Chancellor for Academic Affairs in China, Professor Kelvin Everest; Council member, Carmel Booth; and President of Council, Lord Derby have travelled out to Suzhou to mark the anniversary. They have been joined by Ged Fitzgerald, Chief Executive of Liverpool City Council.

The celebrations began with a special ceremony which was attended by representatives from the Chinese Ministry of Education. In a speech at the event, the Vice-Chancellor stressed the importance of Chinese students to our University and alumni communities and added: “Since starting at the University of Liverpool, one of the things that has been a revelation is the nature of the joint venture with XJTU that has resulted in this wonderful university.”

“It is unique in terms of its dual degrees and in being a hybrid between the Chinese and UK system. I think it’s an absolutely wonderful model.”

The celebrations have also seen a dedicated event for 800 XJTLU alumni, the opening of XJTLU’s South Campus and the formal handover of the University of Liverpool’s gift to XJTLU to mark the anniversary – a specially commissioned Liverpool-Suzhou narrow boat called ‘The Liver Bird’. The boat was initially launched at a special ceremony on Liverpool’s Mann Island canal basin in May before being delivered to XJTLU. 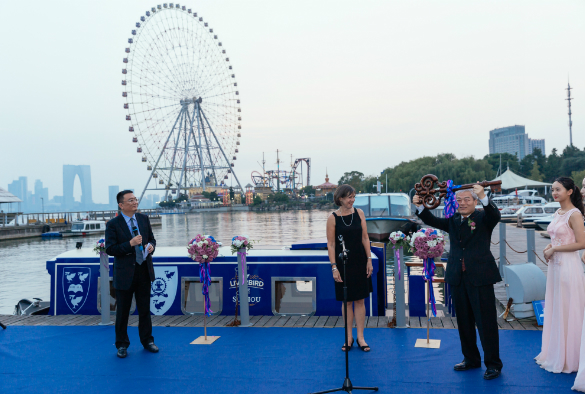 The Vice-Chancellor is presiding over XJTLU’s graduation ceremonies this week together with XJTLU Executive President, Professor Youmin Xi.

As part of the celebrations, the University of Liverpool will confer an honorary degree on Professor Shuguo Wang, who has been President of XJTU since 2014.  Professor Wang is a celebrated scientist in fields such as robot sensor technology, medical equipment and instrumentation and computer-aided medical technology. 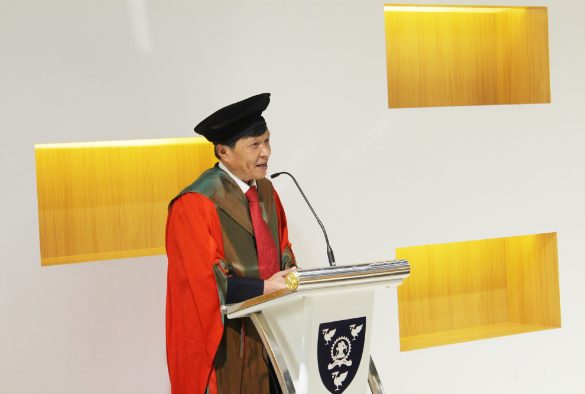 Professor Bone, a Byron scholar and current Master of Balliol College, Oxford, was Vice-Chancellor at the University from 2002 to 2008. During his tenure he was instrumental in the establishment of XJTLU and the Liverpool-Shanghai Partnership.

Professor Michael Fang has had a distinguished academic career in Electrical Engineering. He joined the University in 1970 and served as Pro-Vice-Chancellor from 2005 to 2011. He was Director of the Preparatory Office for the Establishment of XJTLU and after its inception he served as its first Executive Vice President. 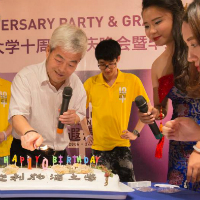