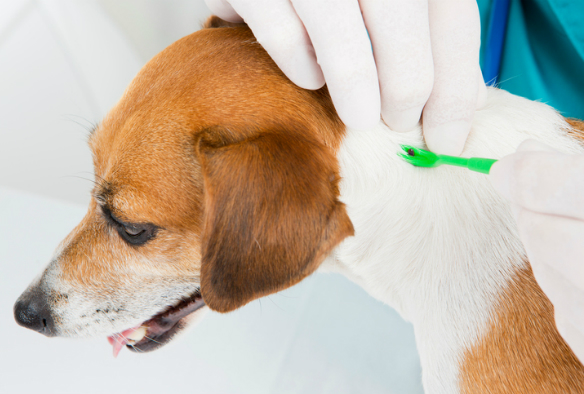 Scientists at the University of Liverpool are using the health records of dogs to monitor the status of a potentially fatal tick-borne disease that appears to have been imported into the UK.

Canine babesiosis is transmitted to dogs by infected ticks, with symptoms including a lack of appetite, fever and jaundice. Although normally only found in mainland Europe, in February 2016 three cases of Babesia were reported at one Essex veterinary practice in dogs that had not travelled abroad.

The outbreak was widely reported in the national media, with concern raised that the disease could soon affect dogs elsewhere in the country.

Using data from 2015, they analysed cases of reported tick bites and Babesia in dogs from 392 volunteer veterinary premises across the UK.

Published in the Veterinary Record, the analysis revealed a low background level of Babesia infection in the UK. Based on the sporadic and geographically distributed nature, these cases were most likely linked to overseas travel.

The laboratory data also confirmed a small cluster of eight Babesia cases in the Chelmsford area of Essex, where the reported outbreak was centred. The clustering of these cases was consistent with exposure to a local infected tick population.

Since March this year, SAVSNET has seen no new diagnoses of Babesia in Chelmsford, suggesting that the outbreak may be currently under control.

Dr Alan Radford, SAVSNET academic lead, said: “While this is positive news, we would like to remind vets to keep Babesia in mind, especially in practices close to the outbreak where infected ticks are likely to still be active, and persist in the coming years. Currently this seems to be a rare disease but one that we need to keep an eye on.

“One striking finding from our analysis is that ticks remain active in winter, albeit at presumably low levels. It’s therefore important that we continue to monitor tick activity, and we would encourage vets and nurses across the UK to keep recording information about tick bites they treat.”

Real-time updates of Babesia cases and other important diseases, based on data submitted to SAVSNET, are now available to view as an interactive map on the SAVSNET website.

Dr Fernando Sánchez-Vizcaíno, lead author on the paper concluded: “We’ve shown that health informatics surveillance can help provide real-time local updates on important and emerging pathogens, such as Babesia. This could help monitor the response to outbreaks, and in the future contribute to their early detection.”

The work was funded in part by the National Institute for Health Research (NIHR) Health Protection Research Unit (HPRU) in Emerging and Zoonotic Infections. 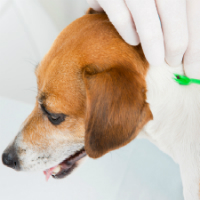