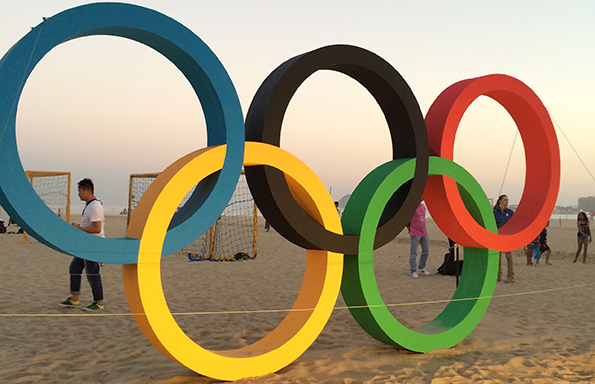 Dr Beatriz Garcia is Head of Research and Cultural Policy, Institute of Cultural Capital at the University of Liverpool.

“No sooner had the 2016 Olympic Games finished than commentators were lamenting their negative impacts on the host city, Rio de Janeiro. Many have concluded that a sustainable Olympic legacy is either uncertain, or downright impossible. But while these tales of doom and gloom make for dramatic headlines, the reality is not so grim.

The international press have always been pessimistic about Brazil’s ability to stage the Olympics. Before the games began, a steady flow of articles critiqued the preparations, condemned forced evictions and cast doubt on whether vital infrastructure would be delivered on schedule. Admittedly, in the context of the ongoing economic crisis and political turmoil, there was – and still is – good cause for concern. But it is important not to get fixed on controversies as the only source of truth.

Once the games started, the city was given a short break and the focus moved to the wonders of sport – and obsessive medal counting. But after many were swept up in the thrill of the games themselves, it didn’t take long for the criticisms to return. In contrast with this bleak picture, my own research on Rio throughout the games fortnight, building on a framework that interrogates the cultural dimensions of this as well as eight previous host cities since Sydney 2000, reveal a different dimension of the Olympic city this summer.

The art of progress

The people I spoke to were frustrated that uplifting stories about the urban, social and cultural changes taking place in Rio were not being picked up by journalists. This was especially clear in Rio’s favelas, where I conducted the bulk of my research. These informal slum-like settlements span across the city’s hills and have attracted worldwide attention for their poor living conditions and the high crime rates, associated with drug dealing.

While internal gang wars have resulted in targeted violence for decades, favela residents insist they are also part of strong and optimistic communities. Those outside of gang rivalries say that they feel safe and well supported within their neighbourhood, and that culture and creativity has always been a source of empowerment.

In particular, cultural activists working in the favelas, such as DJ Zezinho and Obi Wan, told me that they were fed up with being asked to talk about everything that is wrong in Rio. They said that their community life is thriving and opportunities are opening up for residents like Obi Wan, who got a grant to study at a private school and is now running a popular youth hostel and favela tours.

Artists (both home-bred and adopted) are also bringing about positive changes to their neighbourhoods. The International Olympic Committee’s first artist-in-residence – photographer and street artist JR – has taken a prominent role in a number of projects at the Olympic Games.

His work ranges from the monumental Giants to portraits of Olympic participants (InsideOut), to small, community-focused interventions – such as a cultural centre, Casa Amarela, based in one of Rio’s oldest favelas.

What’s more, the first favela-based libraries are opening up, and the new Olympic metro line will improve accessibility to Rio’s most prominent favela, Rocinha. Residents are hopeful that this will finally make it plain that favelas are truly a part of Rio – they weren’t even recognised on official maps until 2013).

Of course, locals’ reactions to the Olympics aren’t all positive. One Rocinha resident pointed out: “We are not allowed to use the metro until after the games – at the moment, only Olympic competition ticket holders can.” But in the wake of extensive drug lord removals and pacification – a controversial but transformative effort to fight crime in the favelas, which was accelerated as the Olympics were looming – no one denies that the big event has helped advance important social causes and address essential public infrastructure needs.

It’s not just residents of the favelas who are feeling some benefits from hosting the games. Despite Rio’s reputation for being a city of great inequality, it does actually have a substantial middle class. Between 60% and 75% of its population live in four large districts: the historic, downtown Centro, the flashy Zona Sul, the largely low-income, residential Zona Norte and the suburbs of the west side.

The latter includes Barra da Tijuca – the site of the main Olympic Park, which is rapidly developing as new, more wealthy communities move in. The Olympic Games have given Rio’s middle-class residents – particularly those in Centro and Zona Norte – a chance to participate in the debate around the kind of city Rio is, and could be.

Both city and Olympic officials have made much of the claim that 63% of the population now have access to public transport (up from 18%, seven years ago). But an equally important (and, culturally, more significant) Olympic legacy for Rio is the rediscovery of its public spaces, as areas for people to meet and mingle.

Just as Barcelona rediscovered its port during the 1992 Olympics, Rio has reconnected with the long-derelict Porto Maravilhas. The Porto borders downtown Centro, an area which bustles with office workers from all across the city during the week.

But up until recently, Centro lacked public meeting spaces, and was considered an unsafe, no-go area in the evenings and on weekends. This has changed dramatically for the duration of the Olympic Games (and carrying on into the Paralympics). Porto Maravilhas has been rebranded as the Boulevard Olimpico – and suddenly, it’s the place to be.

A dedicated Olympic “live site”, where fans can watch the action on big screens, the Boulevard Olimpico owes its success to the ingenious combination of a diverse cultural offering (including the new Museum of Tomorrow and the revamped Museum of Art in Rio) with business displays and entertainment.

What’s more, the thoughtful way the space has been used sparked a flurry of street artists (five so far, and counting) to take over old warehouse walls and produce enormous graffiti artworks.

And this is only the second time – after Vancouver’s Winter Olympics in 2010 – that an Olympic Cauldron was placed outside the sports venue, giving those without tickets the chance to experience one the most recognisable Olympic icons first hand.

So, Cariocas have flocked in their thousands to the Boulevard Olympico. They have fully embraced this new part of their city: there will be no white elephants here. The port has passed from no-go to must-go area in a matter of months and, given its position as meeting point for daily commuters, it is set to become one of the most lively and diverse public places in the city.

The Parque Madureira, in the northern part of the city, is another example of urban regeneration leaving a positive legacy for the local community. Located in a densely populated, low-income area, which is dominated by factory infrastructure, this new park has brought greenery, sporting facilities and new cultural life to a neighbourhood of more than 350,000 people.

Rio is a big city. With Olympic activities dotted across the four main districts, hardcore sports fans have been forced to spend a considerable part of their day in transit. Because of this, visitors have been exposed to the many sides of Rio, beyond the sandy beaches in Copacabana and the dirty streets in the slums.

Above all else, the games have showcased the generous spirit of the Carioca. While in Rio, I witnessed the locals’ thrill at discovering new spaces to gather, exercise and party; their enjoyment and surprise at mixing with people from other districts – often, for the first time, given the city’s longstanding north-south economic divide, and their refusal to be confined by stereotypes and condemned to repeat the same social and cultural mistakes.

There are hard times ahead; the country still faces an ongoing recession and political turmoil. But the Olympic Games have opened up new public spaces, giving everyone the chance to generate positive collective memories – with the Paralympics yet to come. Rather than taking on a defeatist, “can’t-do” attitude, there is much to be gained by paying attention to what’s gone right in Rio. 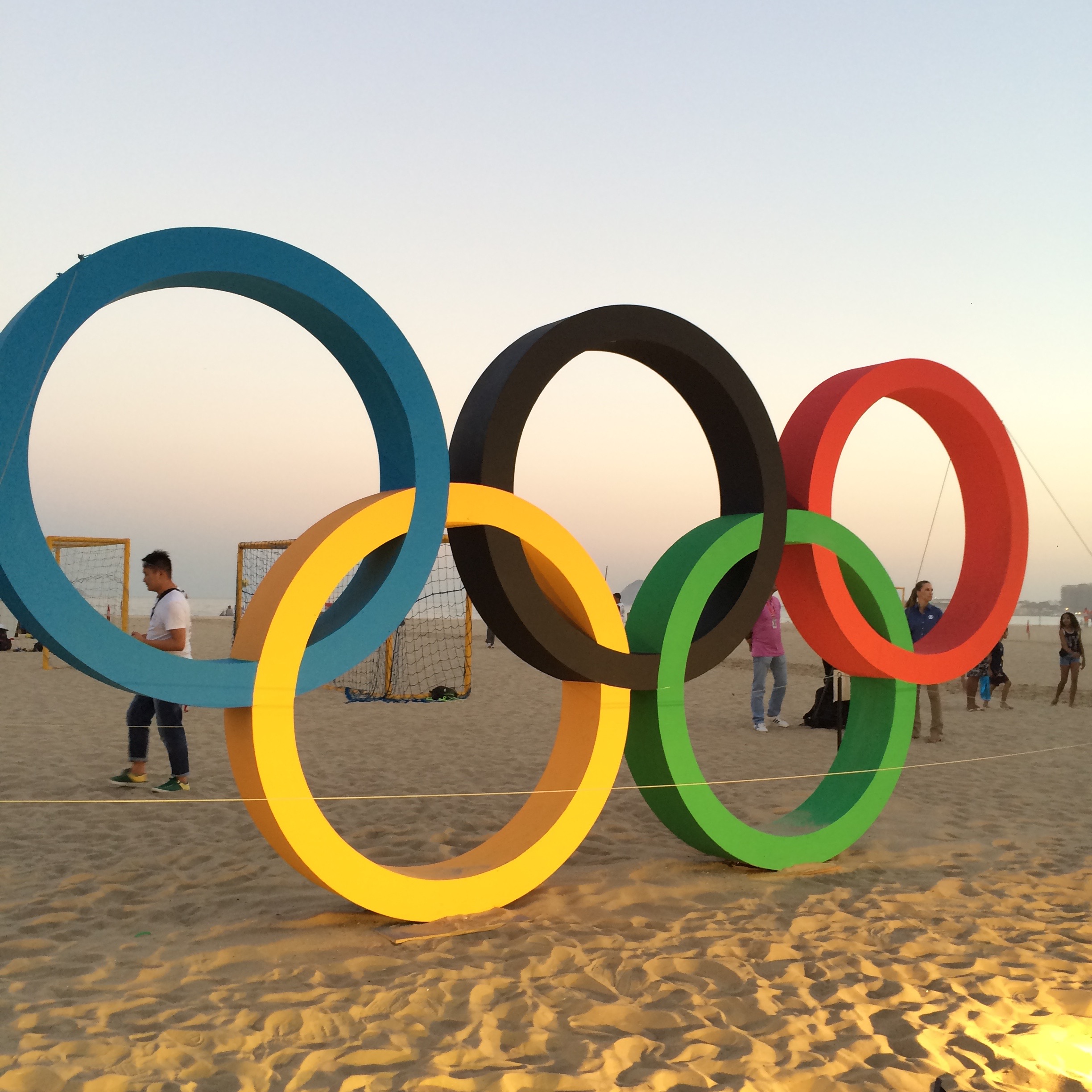