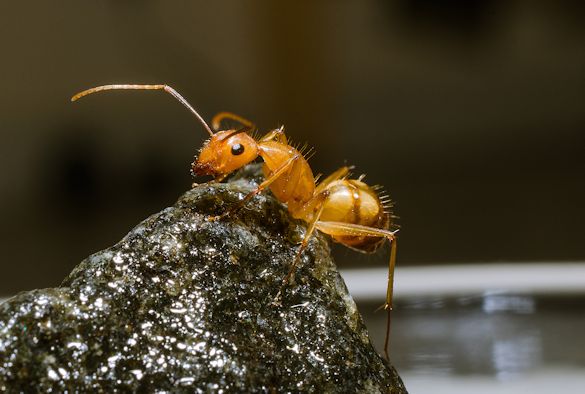 A new study by University researchers of ants across three continents has revealed that their colour and size is strongly influenced by their environment, and that the dominant colour and average body size can change from year to year as temperatures vary.

This finding has implications for how ant communities will cope with rising global temperatures.

Ants are ectotherms and so rely on the temperature of their surrounding environment to control their metabolic activity.  Previous studies from individual locations or single species have found that larger bodied ectotherms with dark colouration do well in cold places.

Large bodies retain heat whilst dark colours help individuals to gain heat quicker than their paler counterparts do. Combined, these two traits are highly beneficial as they allow ectothermic individuals to forage and remain active for longer even under cool conditions.

Researchers at the University’s School of Environmental Sciences wanted to test whether these ideas of ectotherm thermoregulation held across species and at large geographic scales.

They collected and analysed information on the abundance, body size and colour of ants on 14 different mountains from locations in South Africa, South America and Australia. Some of the sites were sampled repeatedly for up to seven years. This diversity of elevations and latitudes provided a huge range of external ambient temperatures (from 0.5 to 35°C).

They found that the colder the external temperature is, the larger and darker ants were, and vice versa. Consequently, communities of ants in sites closer to the South Pole or near the tops of mountains, where it was colder, would tend to be dominated by dark and large bodied ants. In warmer places the ant species were smaller and lighter in colour.

They also found that this effect depended on the amount of UV-B radiation present at the sites. Melanin, the pigment which makes ants darker, also protects against harmful UV-B rays effectively acting as a sunblock. This caused ants in the central Australian desert to be dark in order to counter the extremely high UV-B radiation. Ordinarily, the ants here should have been pale to reflect the harsh desert sun.

Dr Tom Bishop, who led the research, said: “Our results have two key messages. First, that the environment has a really strong influence on the identities and relative abundances of the ant species that you may find at a given location – this is mediated by the colouration and size of those different species.

“Secondly, these effects can operate over across mountains and continents but also across short time periods. These results will help us to understand why ant species are distributed in the way that they are across the globe, but also highlight that as the climate changes there may be certain ways in which the ants respond. On a warmer planet, for example, we would expect that smaller and lighter coloured ants will come to predominate and this may have important cascading effects on ecosystems as different ants have different functions.”

Co-author and Liverpool Ecologist, Dr Kate, Parr, added: “Our findings could be applied to many other insect or ectotherm groups too and could explain a lot of the observed colour and body size diversity patterns globally.”

The research is published in the journal `Global Ecology and Biogeography’.

Image: The Sani Pass, one of the mountains in South Africa sampled for the study 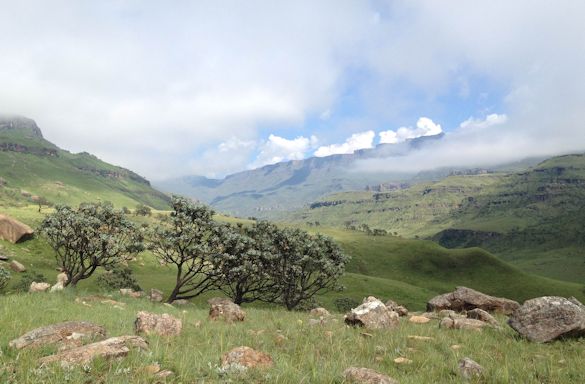 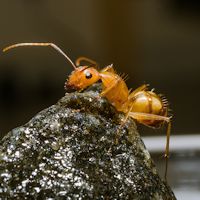