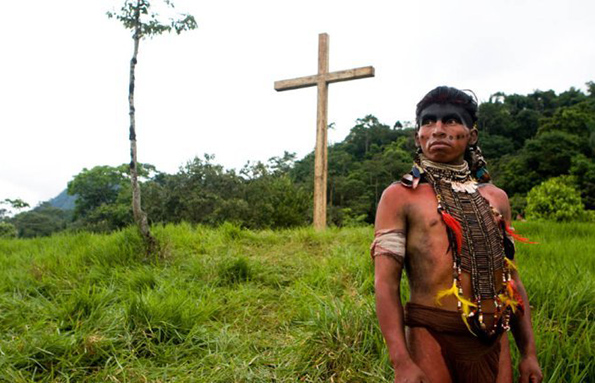 A monthly series of film screenings linking academic research areas in the University of Liverpool’s Department of Modern Languages and Cultures with rarely shown Spanish, Portuguese and Latin American films opens on Thursday.

Sebastián and Costa unexpectedly find themselves in the middle of a moral and political crisis when they and their crew arrive at Cochabamba, Bolivia, during the intensifying 2000 Cochabamba protests, which their key native actor, Daniel (Juan Carlos Aduviri) persistently leads.

The film will be introduced by Dr Şizen Yiacoup, a Lecturer in Spanish Studies at the University, whose research and teaching focuses on cultural exchange and conflict between Jews, Muslims and Christians in medieval and early modern Spain. A post film discussion will follow.

Dr Yiacoup said: “As well as investigating the problematic process of political unification in Spain, I seek to explore, through cultural forms such as poetry, song and drama, representations of indigenous peoples of Spanish-controlled territories in the Americas, following Christopher Columbus’s first voyage in 1492.

“These themes are revisited against the backdrop of a contemporary political and cultural crisis in También La Lluvia.”

Set in the near future, Sleep Dealer offers sci-fi insight into current issues around immigration, cheap labour and the impact of technology on individuals and on society.

Following in December, on a date to be confirmed, Dr Tom Whittaker, a Senior Lecturer in Film and Spanish Cultural Studies at the University, introduces 1976 Carlos Saura film, Cría Cuervos.

Set in Madrid, it tells the story of orphan sisters Irene, Ana and Maite who are raised by their austere aunt, Paulina, together with their mute and crippled grandmother, after the death of their mother and military father. 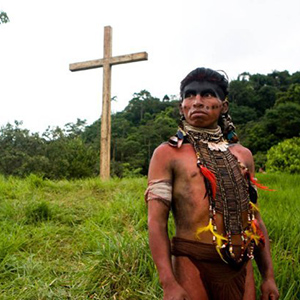