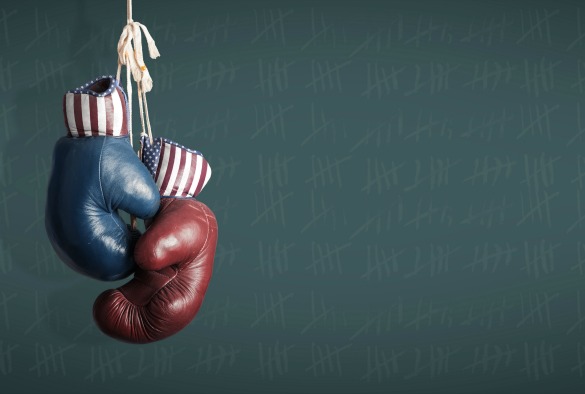 Professor Laurence Alison is Director of the Centre for Critical and Major Incident Psychology within the University’s Applied Psychology Group:

“We are now two rounds down into the Clinton vs. Trump debate and with the final round booked for Las Vegas tomorrow (2am BST Thursday, 20 October) (dubbed ‘Fight Night’) it seems unlikely there will be a knockout blow from either candidate. Instead, it appears the rounds will continue to be based on a verbal slugfest and won or lost on narrow points.

With Clinton ahead in the polls it now seems unlikely Trump will enter the Whitehouse as President but what is surprising is that in the debates at least he hasn’t been decimated by such a clearly superior, more experienced, clever opponent. Surely Hillary has the brains, experience, expertise and knowledge to pummel Donald in a one on one debate? Here in the UK Trump is seen by many as a somewhat scary joke so why can’t she deliver a knockout blow? The argument, in part at least, may be with Clinton’s inability to deal with Trump interpersonally in the debates.

In our research on dealing with difficult obstinately uncooperative people (principally police and military interrogations with high value detainees) we have drawn on models of adaptive and maladaptive interpersonal behaviour to help us identify the best interrogations approaches.

Adaptive behaviour refers to behaviour that enables a person to get along in his or her environment with greatest success and least conflict with others.

In contrast, maladaptive behaviours inhibit a person’s ability to adjust healthily to particular situations. In essence, they prevent people from adapting or coping well with the demands and stresses. The former elicits useful information and intelligence and the latter impedes it.

Some common maladaptive behaviours are: avoidance, withdrawing and converting anxiety to anger. These behaviours result in dysfunctional and non-productive outcomes—in other words, they are more harmful than helpful.

Through our research we have found that successful interrogators avoid the natural reaction of attacking back when attacked; get the measure of the person they are dealing with; show an ability to adjust dynamically as interactions unfold; avoid any maladaptive behaviours; accurately assess others and adapt their behaviour as the situation dictates.

Poor interrogators are unable to choose a type of communication that is most effective in a given situation (interpersonally incompetent) and are insensitive and rigid. These interpersonal deficiencies reduce the amount of information or intelligence as the detainee engages in worse and worse behavior and reveals less and less information.

Unfortunately both Trump and Clinton reveal very little adaptive interpersonal behaviours in the debates which might be one reason we hear so little about either of their policies (doubtless this helps Trump but not Clinton). He is demanding, dogmatic, rigid, she is patronizing, a little obsequious, and can be formulaic. She lacks warmth, humility and the ability to be frank and forthright.

For example, when Trump attacked her husband and intimated Bill Clinton had committed rape Hillary’s response was to move to a parental, patronizing response that included failing to address the facts directly and concluded with her trying to ‘smile away’ the attack. Treating this attacking behaviour is likely to encourage it to resurface again and again. It is very ineffective and does nothing to assert authority, convince a doubtful voter of the untruth of the comment and instead can make her look disingenuous (is it really ok to tolerate having an attempt to publically humiliate your husband?)

By not addressing it head on it lingers as a certainty in the mind of those that are pro Trump. Instead, what she should have chosen to ignore was any reference to Trump’s outrageous remarks about women. We all know what he said and we heard it. Any further reference to it is likely to result in counter attack. It may be that Hillary’s advisors sought to ignore such playground behaviour but as with any bad behaviour it needs to be dealt with quickly so as to not reinforce it.

Hillary’s mantra seems to be to direct the viewers to ‘fact checkers’ online but this is an unacceptable and weak response to a direct allegation which is neither true nor relevant. Unsurprisingly there have now been ‘Clinton is a rapist’ protests at rallies –interrupting Bill Clinton at a rally in Iowa (where he did not ignore it and dealt with the attack robustly, assertively, but with a great deal of humility and moments later spoke very compassionately).

Similarly, with the email controversy, there is a lack of specificity as to detail and this has and will continue to be a stumbling block. The theory of interpersonal behaviour would dictate that the best way to deal with Trump is as follows.

What Hillary should do

When on the receiving end of his demanding dogmatic and pedantic behaviours the strategy is to adopt a humble, seeking guidance approach. He is trying to push for weakness and uncertainty and the instinct might be to push back and be even more dominant but actually adopting humility would enable Clinton to draw out Trump’s policies (which she has constantly criticized him for not getting around to articulating in the debate). She could and should give him the length of rope to hang himself when he adopts maladaptive dominance.

It would be fascinating to know the extent of the role she played in these cut and thrust debates beforehand because we also know that rehearsal of boundary pushing interactions and feedback on ones strengths and weaknesses does make for a more predictable and thus successful interaction.

If Clinton really wants to get to the heart of her plans and expose the weaknesses in Trump’s (as she claims to) she needs to get him to behave better and that can be more reliably achieved by modulating and adapting her own interpersonal style.” 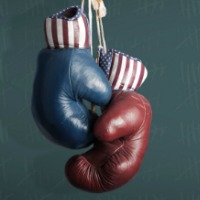