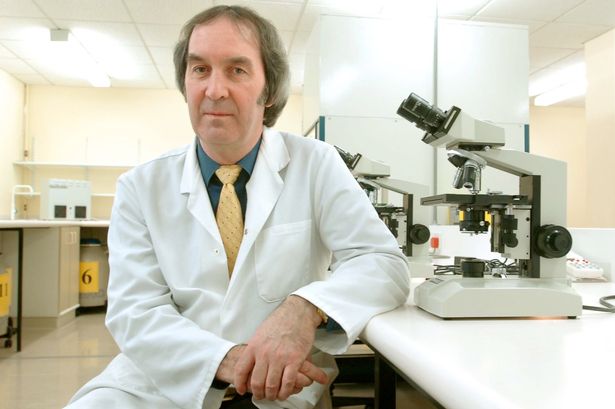 “We were saddened to learn that Professor Dafydd Iwan Lewis-Jones died suddenly at his home in Dolgellau, North Wales on Sunday, 23 October.

He was an exceptional teacher and clinician who had a tremendous impact on many people.  He started his working life in Toxteth as a General Practitioner, but became a lecturer in our medical school, and rapidly gained a reputation for his ability to teach anatomy.

He used to introduce himself to colleagues as a sheep farmer and andrologist, and certainly his work on fertility and fertility treatment led to the foundation of the Hewitt Fertility Centre, which is now part of the Liverpool Women’s Hospital.

Iwan was a popular lecturer, and generations of medical students were grateful for the care and attention he gave them when he was Academic Sub-Dean throughout the 1980s and into the 1990s. He recognised that there are many reasons why students sometimes fail to thrive at medical school, and his insight and attention to detail meant that most were rescued and nurtured back to the right track.

As a colleague Iwan was the person one could go to and share the joys, sorrows and frustrations of academic life.  His kind and gentle sense of humour sustained many of us. We are all the poorer for his passing and we hold his wife Claire and family in our hearts.”

A memorial service will be held between 2-4pm on Friday, 27 January 2017 at the Liverpool Women’s Hospital.