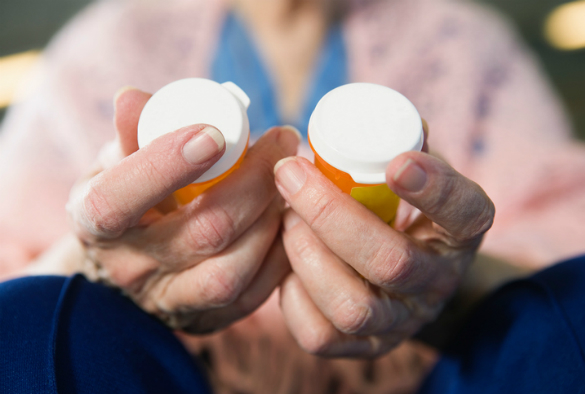 Health staff in Merseyside and Cheshire are using gene testing to prescribe individualised dosages of a commonly used, lifesaving drug.

The initiative is being led by researchers at the University of Liverpool, and involves using a simple saliva test to examine specific genes which influence the body’s response to the blood-thinning drug warfarin.

It is the first time genotyping by front-line staff has been used in the provision of drug dosing to patients in the UK, heralding a new era in personalised medicine.

Warfarin is used for the treatment of blood clots and is also used in patients with atrial fibrillation – a heart flutter which causes an irregular heartbeat and can lead to strokes.

In the UK it has been estimated that at least one per cent of the population and eight per cent of those aged over 80 years, are taking warfarin.

The problem with warfarin is that if the dosage is wrong, the risk of bleeding or a blood clot increases. Commonly, a patient will attend a clinic six to eight times before the correct dosage is established.

The new initiative follows on from an international randomised control trial in Liverpool, Newcastle and Sweden, which included genotype testing of patients into an algorithm to calculate dosages.

The trial proved highly accurate, and now clinics in the Royal Liverpool University Hospital – where the clinical trial was conducted – Warrington Hospital and the Countess of Chester Hospital are genotyping new patients with atrial fibrillation before prescribing warfarin.

The work is being led by Professor Sir Munir Pirmohamed of the University’s Wolfson Centre for Personalised Medicine, and Executive Director of Liverpool Health Partners. He said: “This is innovation and it is disruptive; it is a way of personalising care which can be replicated in many areas of medicine, creating a major paradigm shift in how we diagnose and treat people.

“This is how we get patients onto the right drugs at the right doses – using ‘precision dosing’ so that they are effective. This improves the treatment of patients and improves the efficiency of existing and new drugs.”

LGC, an international life sciences measurement and testing company, is the technology partner. Their desktop ParaDNA equipment gives a genotyping result from a simple saliva sample in 45 minutes.

This real-world testing of the use of genotyping is being monitored and evaluated, with the aim of introducing it routinely throughout the UK. It is supported with funding from the Wolfson Centre for Personalised Medicine; the CLAHRC NWC; the Innovation Agency – the Academic Health Science Network for the North West Coast; and LGC.

Dr Simon Wells, Business Unit Director for ParaDNA at LGC said: “Applying our ParaDNA genotype testing technology in this way is a milestone in patient care. A simple mouth swab provides DNA which can now be analysed by nurses in a single, easy-to-use procedure.”

Since the process was introduced in March and up to September, 61 patients have undertaken the genotype test before being prescribed warfarin.

Paul Downie, 56, of Grappenhall in Warrington was referred to the anticoagulation clinic following treatment for an irregular heart rate.

He said: “The old way of prescribing warfarin is more hit and miss; this is bespoke medication, calculated on my gene type.

“My mum went on warfarin eight months ago and she was back and forward to the clinic at least four times on a weekly basis before they got the dose right. I went back once, which meant I could go back to work quicker, feeling well enough to go back to normal life. I think this a win-win, for me and for the health service.”

Innovation Agency Chief Executive Dr Liz Mear said: “In our region we have a disproportionately high number of people suffering strokes, which is devastating to both the patients and their families.

“I hope this will be one of many projects to use genotyping to improve treatment – personalising medicine has the potential to completely transform the way we deliver health care.”

Professor Sue Hill OBE, Chief Scientific Officer for England, said: “This is precisely the sort of personalisation of treatment that we want to see available and delivered across the NHS.

“Earlier this year NHS England published its vision for Personalised Medicine, which explained how the NHS could use these cutting-edge advances to tailor treatment to an individual’s makeup, helping to improve outcomes for our patients, and reduce pressures on the NHS by giving individuals the treatments that they will respond to sooner.” 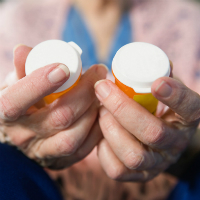