The Tohoku-Oki earthquake in Japan in 2011 had devastating consequences

Researchers from the School of Environmental Sciences have been awarded over £650,000 by the Natural and Environmental Research Council (NERC) to study the behaviour of earthquake ruptures in clay-rich fault zones.

They will use laboratory experiments and data modelling to investigate the conditions under which earthquake ruptures travel through ‘creeping’ faults, which are typically found in clay-rich fault gouges.

Movement between large tectonic faults can be stable which produce `creeping’ faults or it can be unstable which causes fault slip and this is when earthquake rupture occurs.

It had been thought that `creeping’ faults pose less of a seismic hazard as the clay-rich fault gouges strengthen as the slip starts to accelerate, thereby preventing any potential rupture.

However, recent studies have suggested that earthquakes can spread through creeping sections of faults with devastating consequences as demonstrated by the Tohoku-Oki earthquake in Japan in 2011.

They will then measure how the frictional strength of the fault develops, which dictates whether or not an earthquake rupture will become a bigger event or if it will be contained.

Professor Dan Faulkner, who will lead the research, said: “The results from the simulated laboratory earthquakes will be combined with large-scale models to develop new seismic hazard assessment for creeping faults. This will help us to understand better the potential of creeping faults for seismicity and how the nature of any rupture affects the radiated wavefield – which influences how destructive an earthquake will be.

“This research will help improve our scientific understanding of the earthquake process in clay-rich fault zones and our ability to predict earthquake behaviour.” 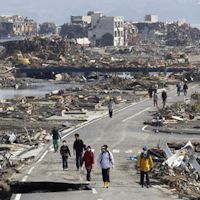