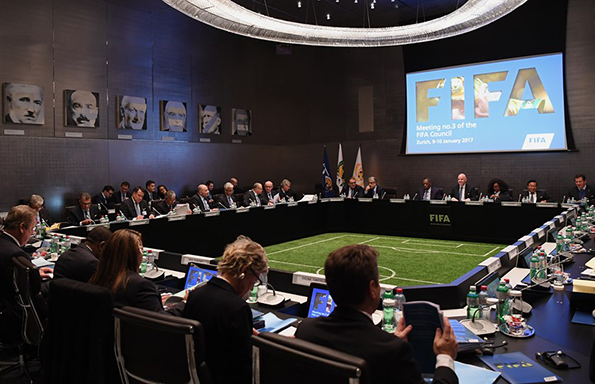 Kieran Maguire is a Lecturer in  Economics, Finance and Accounting at the University’s School of Management

What do Australia, Iran, Cameroon, Japan, Honduras, Ghana, Russia, South Korea and England have in common? The answer is that they were all finalists in the 32 team FIFA World Cup Finals held in Brazil in 2014, and failed to win a game between them.

Those who are struggling to remember who competed in the last World Cup will be scratching their heads at FIFA’s decision to expand the 2026 World Cup finals to 48 clubs.

The reasons behind the decision (if you want to look at FIFA’s pompous and self-congratulatory justification look at their website) are simple, money and politics.

It makes the world go round..

FIFA is football’s governing body, it currently consists of 209 members, ranging from the top ranked team Argentina to the likes of Somalia and Tonga at the bottom.

FIFA has therefore realised that if it can generate that amount of profit and cash from a 32 team tournament, then if it expands the tournament there will be even more made, an estimated additional £500 million of profit in 2026 is predicted.

This is due to the number of matches being played at the finals increasing from 64 to 80, which means more TV revenues, advertising, commercial income and ticket sales.

FIFA is very generous with the profits it generates. Every team that competed in the World Cup in 2014 received $8 million, and the winners Germany took home $35 million.

In addition, every member association of the FIFA ‘family’ received $500,000, regardless of how far they progressed in the qualifying stages. Whilst this sum is relatively insignificant to a country such as England, smaller nations are hugely dependent upon FIFA distributions.

FIFA is also generous to its employees. Despite the huge organisational challenges that arise in managing a global event such as the World Cup, FIFA employed only 474 staff in 2014, who between them earned $115 million, an average of $243,000 (£200,000) for the year.

FIFA’s record on governance and ethics has been criticised in recent years, with accusations of corruption, syphoning of distributed funds and vote buying. FIFA did instigate the Garcia report into how the 2018 and 2022 World Cup finals were awarded.

Whilst this was seen by FIFA in 2014, it has not been published to date. With the next World Cup finals less than 18 months away, there seems little chance of the finals not taking place in Russia.

If a mafia state such as Russia can use hacking to influence the election of the President of the United States, as has been alleged in recent weeks, getting a few dozen officials to award the World Cup to Russia would have been a relatively simple task.

The FIFA president, Tony Soprano Gianni Infantino, was elected on a manifesto in 2016 to expand the World Cup to 40 teams.

FIFA has six confederations: UEFA (Europe), CAF (Africa), AFC (Asia), CONCACAF (North America & Caribbean), CONMEBOL (South America) and Oceania, and some of these federations vote as a block when choosing the FIFA president.

Infantino’s proposals found favour with many of the confederations, especially in those who felt they had a poor deal in terms of the number of teams sent to the World Cup finals.

By increasing the number of teams to 48 Infantino can deliver on his manifesto and more, thus enhancing his chances of being re-elected as FIFA president.

Of the extra 16 places at the tournament, only 3 are expected to go to UEFA countries, and this will allow greater involvement especially from teams in Africa and Asia.

At a local level, individual football associations of nations who have not been regular participants at the World Cup finals will be happy too.

Not only will they potentially gain from the kudos of attending the competition, but also from the fees generated from participation.

Critics of the new format are mainly clubs in Europe, who face losing more of their players to the tournament (although it won’t be an issue until 2026).

The format of the competition looks like being somewhat contrived, in the form of 16 groups of three teams, with drawn matches in the group stages then going to a penalty shootout to give winners and losers.

This could result in teams being sent home after drawing two games, but losing them on penalties, or a group in which all the games are drawn, and each team winning one penalty shoot out and losing one. If this is the case progress could be something as farcical as drawing lots.

In an expanded tournament, there will be fewer countries big enough to host such an event on an individual basis, so combined bids may come about. This has happened before (2002 in Japan and South Korea).

Fans attending the tournament, and wanting to watch their home nation, are likely to be expected to travel vast distances to do so. There is already talk of Canada, Mexico and USA (the latter two presumably separated by Donald Trump’s giant wall by then) bidding for 2026.

People will grumble about the new format, but when the first match kicks off most will forget about their concerns, wonder why England get knocked out so early, and spend a month in front of the television, eating burgers, swilling beer, and trying to swap a Peruvian full back for a Nigerian left midfield player in their Panini sticker collection.

Kieran Maguire
The Liverpool View: Footballers – we pay your wages! 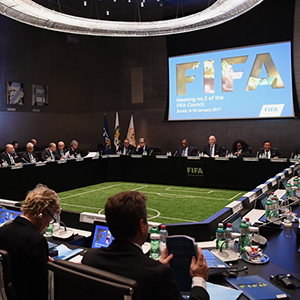