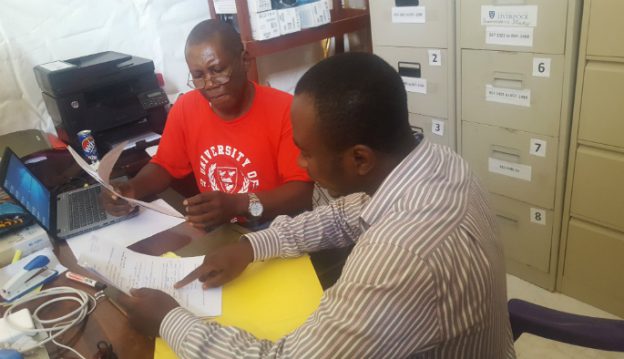 “The Ebola Virus Disease (EVD) Epidemic, 2013-2016 resulted in 28,616 cases and left 17,000 survivors. Researchers benefited hugely from previous research in this field, however the sheer numbers of patients, meant that much of what we encountered about Ebola was new: the extent, longevity and complexity of post-Ebola syndrome (PES), mild or asymptomatic disease, persistent presence of the virus in the blood, sexual transmission, and recurrence of symptoms.

This outbreak taught us that research can and must be integrated into the harshest of circumstances in order to benefit patients in real-time. Fully exploiting the information gained, now the immediate emergency is past, is necessary to fully delineate and act on the ‘lessons learnt‘.

The PostEboGui study, reported in the Lancet this month is a good example. It is a comprehensive multi-disciplinary longitudinal study of 804 EVD survivors in Guinea over a 27 month period post discharge.

A picture is now emerging of PES. Pain appears to be a dominant symptom – musculoskeletal, abdominal, or headache – as are psychosocial issues and eye problems. Pain is subjective, however our impression is that these problems are related to Ebola. As controlled studies emerge this issue is likely to further clarify. The PostEboGui and other similar studies underline that for many PES patients, problems continue well after the acute illness.  Might we learn from other conditions to improve current management strategies?

Ebola is not unique in predicating post viral consequences. One notable example is Chikungunya. 20% of Chikungunya patients are left with a post viral chronic inflammatory joint disease.  Such patients have responded well to some drug treatments, however these may prove problematic in fledgling health care settings. However Sulphasalazine, which is an oral therapy which requires minimal monitoring, might be a potential choice for PES.

Some aspects of PES mimic those of Chronic Fatigue Syndrome, a debilitating and complex disease characterised by prolonged and disabling fatigue.

The causes and physiological processes associated with CFS are not yet determined. Current areas of investigation include infection and inflammation as well as altered immunity. Evidenced based treatment programs include graded exercise and cognitive behavioural therapy.  Might inspiration be taken from this approach for PES?

After all that Ebola survivors have been through, the final insult appears to be that they may not, after all, be in the clear. Relapses can occur, and although transmission events have been extremely rare, in a few adult men semen remains positive for the virus up to eighteen months later. This implies that sexual transmission remains a risk.

40% of patients in the PostEboGui study reported ‘general symptoms’ including fever: is this concerning? Fever is a common symptom in West Africa with many causes including malaria. These fevers are often treated empirically. An agreed protocol for screening for potential presence of the Ebola virus in the blood would be prudent. We applaud efforts to instigate access for EVD survivors to quality health care, including adequate diagnostic tests. This is not only a humanitarian act, but is needed for public health surveillance.

The PostEboGui study covers a wide variety of disciplines from psychosocial assessment to virological analysis of body fluids. This reflects the wide range of challenges that remain in Ebola. The research effort is not over.”

This piece is based upon an editorial published in the Lancet Infectious Diseases. The full editorial can be found here. 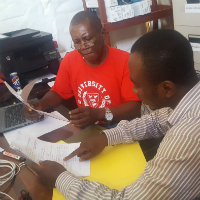