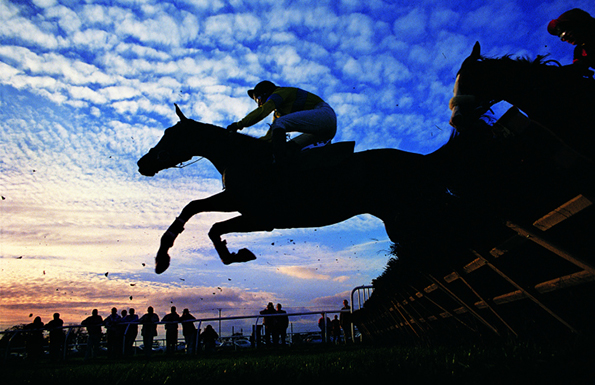 Chris Barlow is a Lecturer in the University of Liverpool’s Management School, home to the Thoroughbred Horseracing Industries MBA

Welcome to ITV’s coverage of UK horse racing, its new home on terrestrial television after 32 years on Channel 4.  So why has the British Horseracing Authority (BHA), racing’s equivalent of the Football Association, awarded terrestrial coverage of one of the UK’s most popular spectator sports to ITV for the next four years?

Who is watching live horseracing?

Horse racing is experiencing a boom in attendances, cantering past the six million punters through the gate in 2015, helped by the public’s desire to see a retiring Sir Tony McCoy bid farewell to race riding and a number of popular summer evening, after racing concerts (our local Haydock Park’s largest attendances being when Madness and Jess Glynne headlined separate evenings of racing).  However, viewing numbers on terrestrial television have fallen quicker than many horses at Aintree (where one of Jess Glynne’s next post racing concerts is taking place this year).

Racing on the gogglebox

It is hoped that with racing being on ITV as opposed to Channel 4, viewers are naturally more likely to tune in given the popularity of mainstream ITV.  This coupled with weekday TV shows such as Lorraine, Loose Women, Good Morning and This Morning where fashion and racing can combine and hopefully attract a newer, younger audience may also help increase attendance.  Who knows, in the future we may have Judge Rinder presiding over a stewards’ enquiry following the completion of the Epsom Debry.  Will it work?

It seems that ITV are using their new approach (Victoria Pendleton of Olympic cycling fame appearing to help newcomers understand the sport) coupled with increases in attendances to boost viewer numbers and increase advertising revenues.

In joining forces with ITV, the Racecourse Association (RCA) hope that attendances will hit seven million in the coming years.  That might be a leap similar to that required to get over Beecher’s Brook but one that both parties are confident can be overcome.

It’s not all full steam ahead

So given the good news about growing attendances and a new approach to horse racing coverage why has the Jockey Club announced that it plans to close its Kempton Park racecourse, where 21,164 festive racegoers made the pilgrimage to watch one of national hunt’s crown jewels, the King George VI Chase on Boxing Day.

The reasons are similar to those behind FIFA’s proposed changes to their World Cup format, money and politics! And like the changes to the World Cup, Kempton Park’s potential closure has also, in the main, been met with discontent, regardless of the potential financial benefits.

The sale of Kempton Park, situated in leafy South West London, just over 45 minutes from London Waterloo is prime for housing development and its sale is hoped to provide up to £100 million to help fund a new all-weather racecourse at Newmarket and increase prizemoney.  So why the discontent?

History pulls at racing’s heart strings and the King George on Boxing Day is steeped in history but Boxing Day aside Kempton has become a soulless, deserted shell on most race days. This is because younger, fresher thoroughbreds thunder round the all-weather track under the floodlights on cold, dark winter evenings.  Not even help from ITV could change the decline in Kempton’s fortunes for the remaining 364 days of the year.  So a closure and switch of the iconic race to nearby Sandown Park, history aside, appears like a reasonable financial case to be put forward.

If you aren’t a fan of horseracing then fear not for your Saturday afternoon’s entertainment on ITV, as only 19 Saturdays will be shown on ITV, the remaining Saturday fixtures are being shown on ITV4.  Be careful though as with several high profile, midweek fixtures being shown on ITV (The Cheltenham Festival in March being the first) fans of Judge Rinder might need to be prepared for a change in some of their afternoon viewing habits.

On a more serious note though, the future of racing on terrestrial television is in ITV’s hands, and along with the BHA, they will hope that the weather for their first broadcast isn’t indicative of the future that lies ahead and that it doesn’t rain on the BHA’s plans to generate future finance (as I write a new betting levy has been introduced to help increase revenues).

Who knows, instead of X-Factor entertaining households on Saturday evenings maybe could see Saturday evening racing on ITV followed by Suggs belting out ‘House of Fun’ once racing has finished, but maybe that’s ‘One Step Beyond’. 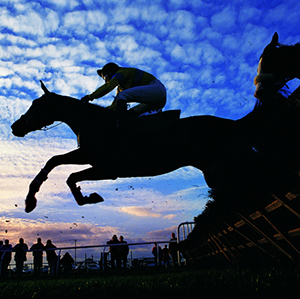