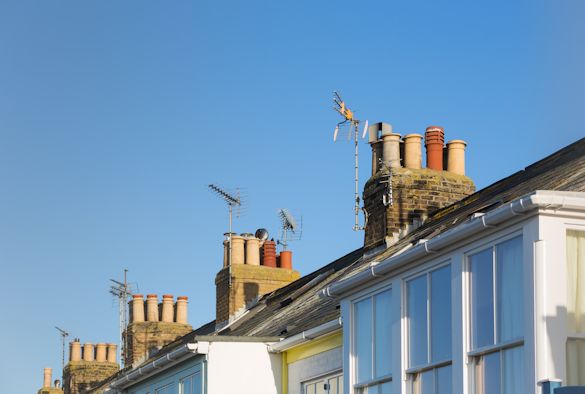 Dr Olivier Sykes and Professor David Shaw are from the University’s Department of Geography & Planning:

“The recently published and long-awaited White Paper on housing ‘Fixing Our Broken Housing Market’ provides an interesting window into current policymaking in England as well as the Government’s plans to address the housing crisis.

In contrast with the Government’s approach to certain other big issues of the day, it adopts a  somewhat more ‘traditional’ approach and actually marshals some data and evidence to try and justify the positions it adopts. Though much of this information has been known for years, and generations of planning and housing ‘experts’ have tried to draw governmental attention to it, the White Paper provides at least some respite from the current post-factual political atmosphere.

The White Paper starts from the well-documented premise that for too long we have simply not built enough new homes in England. Since the 1970s the total has been running at something like 160,000 completions a year (dipping significantly in the aftermath of the 2007 financial crisis, before recovering), when the evidence and experts suggested we needed to be building between 225,000 to 275,000 new homes.

This is acknowledged in the White Paper as is the fact that our ‘population could stop growing and net migration could fall to zero, but people would still be living in overcrowded, unaffordable accommodation’. In-keeping with tone of the new post-referendum regime, local authorities are warned ‘not put up with applicants who secure planning permission but don’t use it’ and that they will have ‘nowhere to hide from this government if they fail to plan and deliver the homes this country needs’ . In other words sort out your local housing requirements and ensure delivery, or central government will intervene directly (i.e. ‘Housing Means Housing’!).

A rhetoric and tone that grates somewhat with the pious ‘localist’ incantations of the post-2010 Coalition and Conservative governments against the ‘centralism’ and ‘diktats’ of planning and housing policy under the New Labour governments of the 1997-2010 era!

But the White Paper also marks a subtle shift in how responsibility (aka. blame) is apportioned for the housing crisis. Since the 1970s successive governments of all political stripes have consistently sought to lay the blame for the undersupply of housing at the door of an overly regulatory bureaucratic and slow land use planning system.

This position has been underpinned by the ‘theory’ – or more accurately the ideology, of neoliberal views of state, society and economy. Put simply, the argument was that too many rules and regulations were slowing-down the development process and that this was limiting the supply of new homes and hindering the proper functioning of the housing market.

Yet there was always a problem with simply attributing the lack of housing supply to an overly rigid  and time consuming planning system. As researchers and planning associations constantly sought to point-out there were in fact far more extant ‘consents’ (approved planning permissions) in the system at any one time than were being ‘built out’ by private developers.

The White Paper provides a rather belated acknowledgement of this by central government, noting how more than a third of new homes granted planning permission between 2010-11 and 2015-16 have not yet been built. In response it advocates measures to encourage housebuilders to start building more quickly once planning permission is secured (this will now be valid for two years rather than three) and to report how soon they commence work on new projects. Elsewhere in relation to planning the White Paper revisits well-established notions of reusing brownfield land and surplus public land; only amending Green Belt boundaries in exceptional circumstances as an option of last resort in meeting housing requirements; and, building at higher densities.

So nothing very new here. The proof of the pudding will be very much in the eating in terms of how strongly such principles are represented in mooted amendments to the National Planning Policy Framework, and subsequently applied.

Yet in other areas, whilst its analysis is more clear-sighted than a number of previous government reports on the housing crisis, there are still some issues which are rather glossed over in the White Paper. Unsurprisingly it presents what it sees as the positive side of the Right to Buy policy introduced in the 1980s under which nearly two million social tenants bought their homes joined by a further 60,000 tenants since the re-launch of the scheme in 2012. But it does not seriously reflect on the role that the failure to replace such homes in anything like comparable numbers has played in the evolving housing crisis.

Thus whilst it is noted that the crisis is not a new problem and “its roots stretch back decades, with house building well below what was needed under successive governments”, there is no acknowledgement that as a nation we have never built enough homes other than in periods characterised by significant public sector housing construction, which peaked in the late 1960s when 350,000 housing units a year were being built, over 150,000 of which were built by local authorities.

The housing crisis has crept-up on the nation as a result of a complex set of collective and individual choices and a failure to act and take difficult decisions in the face of mounting evidence and the counsel of experts.  It is a genuine and serious societal issue which affects, and will affect, the lives of millions of people in relation to an absolutely essential human need and right; that of shelter.

As an authentic national challenge it deserves and requires the necessary parliamentary time, state resources, and evidence-based reflection if it is to be addressed. The more realistic and honest assessment of the origins of the housing crisis and what to do about it in the White Paper is thus welcome, but it is only really a very first step on the journey to its resolution and other issues on the political agenda could yet prove a significant distraction.”