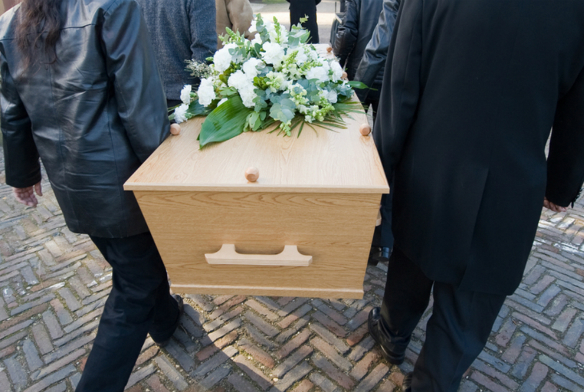 Dr Mark Green is a Lecturer in Health Geography in the University’s School of Environmental Sciences.

By the end of 2015 it had emerged that the UK had experienced the largest annual spike in mortality rates for nearly 50 years. The magnitude of the increase in mortality rates was shocking – we estimated that during the period from July 2014 to June 2015 there had been an additional 39,074 deaths across England and Wales compared with the previous year. This represents an increase of 7.4% of all deaths in the 2014-15 period.

This is a troubling find. Throughout the 20th and 21st centuries, we have grown accustomed to mortality rates declining for all age groups year-on-year, and life expectancy continually improving. These improvements in population health were due to medical discoveries, better sanitation and improved quality of life. However, July 2014 through to early 2017 represents a clear reversal in these trends. The extent of the 2014-15 increase was not large enough for the UK’s life expectancy to decline for the period, but if these increases were to be maintained for a longer period then life expectancy may begin to decline.

The consistent geography to these increases suggests that any cause must be something that has affected everyone in the UK. The most obvious explanation for a factor that we have all experienced has been the UK government’s roll-out of austerity measures.

Cutbacks are killing us

It is plausible that the impacts of cutbacks to public services are beginning to materialise. There have been pronounced increases in NHS trusts with deficits since 2014-15, as well as funding crises in adult social care. Under-investment in these key services could be combining to create blockages in patients being discharged, which is both stressful for individuals who want to be discharged, as well as stopping new beds becoming free for those who need them. When the elderly become frail, a “triple-lock” on their pensions (that is, pensions rise annually by either the same as average earnings, inflation, or 2.5% depending on which is higher) offers little comfort if they are completely reliant on social services that are also being cut back.

However, the UK has been experiencing austerity since 2009 and if austerity is the cause then why have we not seen its effects sooner? We have already consistently been seeing the negative effects of austerity prior to 2015 on a range of health outcomes including suicides, mental health, hunger and well-being. The knock-on effect to overall mortality rates – especially in the elderly – may have taken a little longer to materialise.

Of course, there are alternative explanations, but they are not as convincing as the austerity argument. Mortality rates jump around from year to year, but they typically fall (with the rate of the fall varying) and the mortality rates we observed in 2015 have persisted throughout 2016 and into 2017. The last spike in mortality rates comparable in size (in 1968) was due to a flu epidemic, however, the flu strain over the period we analysed was described by Public Health England as “moderate”. It may also be that we are seeing the effects on an ageing population, although if this were the case then we would expect a gradual change particularly as the post-war baby boomers have not reached the age ranges we focus on (80 years of age and over). Each of these factors may have contributed to what was witnessed, but none are clearly the primary cause.

One limitation to the austerity argument is that mortality increases occurred regardless of geography, despite the fact that austerity policies resulted in cutbacks being more commonplace in poorer areas. It may be that the extent of cutbacks matters less, rather that cutbacks have happened everywhere.

No matter the cause, the magnitude of the increases in 2015 which have been sustained throughout 2016 and into early 2017 raise troubling questions. If life for the elderly is getting worse, is this what we should expect for our own lives? Is the golden age of declining mortality rates and increasing life expectancy over? If austerity is the cause, then what should be the response? Clearly investing in the NHS and adult social care to address their under-funding would help alleviate their issues and is the most obvious solution. However, if cutbacks continue elsewhere, then mortality rates may continue to remain just as high.