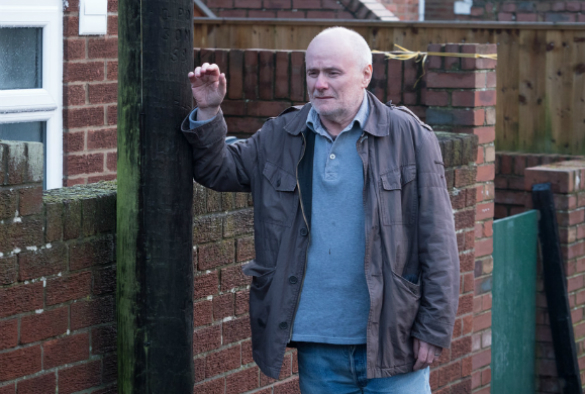 Dr Stephanie Petrie is a Senior Lecturer in the School of Law and Social Justice.

The Conservative MP Tim Laughton tweeted that his night at the BAFTA ceremony on February 12 had been ruined by “the usual predictable drivel from Ken Loach in his own La La Land” during the director’s acceptance speech for the Outstanding British Film award for I, Daniel Blake. But two days earlier we had shown the film to audiences that included claimants, relatives and welfare rights advisors. What they told us shows how the system of benefits for people who are sick or disabled is just as broken as Loach depicts in his film.

Like the title character, Daniel Blake, the father of one woman who watched the film with us had worked all his life. His daughter, Frances, told us how her father had been confronted by a sudden and serious health problem after a car accident. He is now blind in one eye with facial injuries, chronic pain and he can’t walk without a stick. He was recently assessed for benefits and found the process stressful and humiliating. After watching the film, Frances said:

Honest people who are unable to work do not deserve to be demonised. Well done to Ken Loach for raising awareness.

Others found the film hard to watch because their own experiences were so similar. Some, like Alex, were angry: “I too have suffered at the hands of these idiots,” he said. Another viewer, who preferred to remain anonymous, said:

It hit the nail on the head. My illness is not visible either and having a film that describes exactly the hardships myself and other, many other, people have experienced just brings to light the utter chaos that can be caused.

The film powerfully portrays how humiliation is endemic in the benefit system for those living with disabilities. It is also incredibly difficult for some claimants to get access to the support they need at the hardest times of their lives. In the film, Blake is told that the system is digital by default and all applications have to be made online. But this approach excludes many.

The range of and interconnection between different benefits is also extremely confusing, particularly following major changes during the past few years. For most claimants, Disability Living Allowance has been replaced by the new Employment and Support Allowance (ESA), which is initially paid for 13 weeks if the health assessment is passed and is then subject to regular reassessment. Personal Independence Payments may also be awarded, but those who fail their ESA assessments must apply for Jobseekers Allowance (JSA). They can appeal, but this takes time. This was Daniel Blake’s situation.

The film shows that, in order to receive JSA, claimants have to prove they are actively seeking work or face sanctions – withdrawal of benefit payments from between four weeks to three years. But this is the case even while individuals are waiting to appeal their ESA health assessment. Constantly moving from one benefit to another and frequent reassessments have become the norm.

Many others whose benefits have been withdrawn or appeals delayed have died while waiting, as campaigning by the group Disabled People Against Cuts has highlighted. But 60% of those who appeal are successful. One benefit claimant, Margie, who won her ESA appeal after six months, said the film was brilliant and praised Ken Loach for his portrayal: “It’s humiliating going through this system,” she said.

In the film, Blake challenged the expertise of those assessing his health, querying why they disregarded crucial medical information he had submitted. During our screening, we were told that assessments often ignored significant health conditions. One profoundly deaf woman was informed:

In your application form for ESA you stated that following an illness when you were a child, you are now profoundly deaf. After your assessment I tried to contact you to discuss your assessment. I telephoned you several times, but you did not answer, therefore I left you a voicemail. You still did not respond. I have therefore found you fit for work.

Another woman who can only walk with the assistance of crutches, was told that she was fit for work because: “If you had a wheelchair, then you would be able to move freely and therefore get a job.”

In light of the extensive and mounting evidence of this costly, complex, confusing and chaotic system it is difficult to understand the decision of several governments to continue to outsource benefits assessments to profit-making companies from overseas. The firm ATOS bought itself out of the £500m contract to run the fitness-for-work testing system in March 2014 following substantial criticism.

Its replacement, the American firm Maximus, was found by the National Audit Office in 2016 to already be performing poorly, despite rising costs. A new system of Universal Credit is scheduled to replace ESA and JSA but roll-out has been delayed because of major and costly software failures.

Running these services by the private sector has proved to be inefficient and uneconomic and has also caused unacceptable distress and hardship. It is hard not to view further systemic changes with dread. Loach’s film neither exaggerates nor invents. It reflects the realities of many peoples’ lives – and unfortunately there seems to be no improvement in sight.